Kaepernick took to Instagram to announce the release of an all-black number 7 Nike football jersey.

Four years ago, I took a knee to protest against systemic racism and social injustice. It was that day that the number on my jersey would come to represent something greater than football, something greater than me. Since then, the number 7 jersey has become a symbol for advancing the liberation and well-being of Black & Brown communities. Thank you for staying True. #TrueTo7

The Icon Jersey 2.0 Kaepernick retailed for $150 before selling out in under a minute.

“Four years ago,” according to a statement on the Nike site, “Colin Kaepernick first took a knee to peacefully protest against systemic racism and social injustice.

“In the years since, he’s used his platform as an athlete to help advance the liberation and well-being of Black & Brown communities.

“Through his continuous commitment, the number 7 jersey has become an iconic symbol for progress and positive change. Colin and Nike team up together once again, this time with a Triple Black jersey, paying homage to the anniversary of Kaepernick seeking what’s true.

“True to each other. True to the movement. True to 7.”

Kaepernick, who was the starting quarterback in Super Bowl XLVII for the San Francisco 49ers in 2013, sparked the controversial #TakeAKnee movement after taking a knee during the national anthem to protest racial injustice in America. Eric Reid, a teammate of Kaepernick, also kneeled in solidarity to help bring awareness to racial injustice and police brutality against Blacks.

Earier this week, Kaepernick came to the defense of his friend and fellow social injustice protester Reid, who remains unsigned. 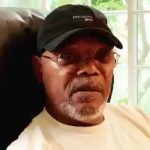 Samuel L. Jackson Keeps Promise To Teach People How To Curse In 15 Languages If They Register To Vote 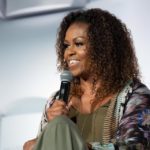 Michelle Obama: ‘When We Were in the White House, We Could’ve Never Gotten Away With Some of the Stuff That’s Going On Now’