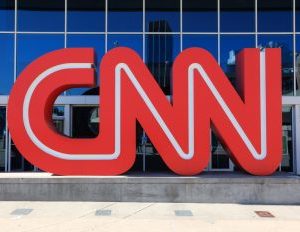 It appears CNN has just found itself in hot water, as their black employees have banned together for justice.

The workers have hired attorney Daniel R. Meachum, who held a press call today to address the suit filed by his clients against the notable media conglomerate.

“As a result of the current discrimination lawsuit filed on behalf of DeWayne Walker vs. CNN, Time Warner & Turner, we have uncovered stories involving abuse of power, nepotism, revenge, retaliation, and discrimination,â€ Meachum said in a released statement.

According to the lawsuit, CNN’s black workers feel that the company’s culture utilizes practices that prohibit and/or discourages minority employees from exercising their rights under employment discrimination statutes. The suing employees argue that broad waivers, releases, and arbitration provisions, along with retaliatory practices are factors used to dissuade African Americans at the company from exercising their rights.

This recent lawsuit follows a previous $50 million suit filed by CNN producer DeWayne Johnson late last year, where he cited being passed over time and time again for promotions that were, instead, issued to his white counterparts.

Keep an eye on BlackEnterprise.com, as this story develops.

Home-Based Business Opportunities for People With A Passion for Travel