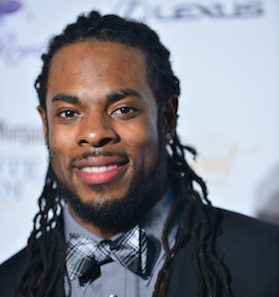 The Seattle Seahawks’ All-Pro defensive back will now be staying in a Mediterranean-style home, which was built in 2004, and boasts five acres with a 9,435-square-foot main residence, a basketball court with lighting, rolling green lawns, walking paths, and a pond.

Tuscan columns, a pair of towering stone fireplaces, a gourmet kitchen with a breakfast bar, a game room, a media room with a wet bar, and an indoor pool and spa are among the house’s features. The 34-year-old Los Angeles Clippers guard led NBA reserves in scoring with an average of 18.6 points-per-game. He is the first player to ever win the Sixth Man of the Year award while playing for two different teams.

Meanwhile, the house’s new owner, Richard Sherman, 26, was an important piece to Seattle’s puzzle when they won Super Bowl XLVIII in February. He recently agreed to a four-year contract extension with the Seahawks that nets him $57.4 million, making him the highest-paid cornerback in the NFL.

The sale of the property occurred June 6 with Crawford taking a significant loss on the deal. After originally purchasing the home for $3.231 million, Sherman paid $921,000 less than what Crawford paid for the property. Don’t fret, sports fans, as Seattle native Crawford still owns a number of additional properties in the area.

Pharrell Visits Hometown and Encourages Students to Chase Their Dreams