Chuck D to Receive an Honorary Doctorate from Adelphi 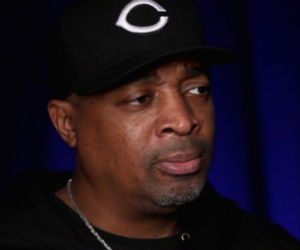 Can Chuck D still be considered a Public Enemy?

The rebellious, outspoken rapper, orator is having a stellar year so far!

Carlton Douglas Ridenhour aka Chuck D, was inducted into the Rock and Roll Hall of Fame this year with his group, Public Enemy. Now, he is receiving an honorary doctorate from his alma mater, Adelphi University.

The rapping activist, who has spoken against racial injustices and professes his pro-black stance on record, attended the school from 1978 until 1984 and graduated with a Bachelor of Fine Arts Degree. He and his group, Public Enemy, became a Hip-Hop mainstay shortly after that.

He will also speak at the 117th commencement at Adelphi University on May 19th.

Read more at Your Black World

Matthew Knowles Owes IRS More Than $1.2 Million in Back Taxes

SBA Offers Tips on Protecting Your Business This Hurricane Season