Chris Rock: "Do I Think Comedians are Better Now?" 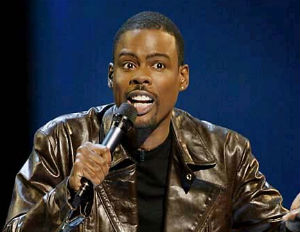 In the comedy issue of Vanity Fair, comedian Chris Rock says he doesn’t feel comedians are as great as comedians of years past.

“What we have now is black comics that work only black crowds, gay comics that do only gay crowds, and southern comics that only work down South, and so on with Asian, Latino, Indian, midgets, etc. The previous generation’s comics were better because they had to make everybody laugh,” Rock says in the interview.

“There are a lot of good comics out there, no doubt, but as far as the quality of the comics goes, I think what you have is a bunch of situational comics.”

You can find this story at The Urban Daily

The Six-Word Phrase You Must Master to Improve Your Finances