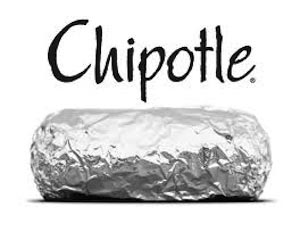 Chipotle recently announced to investors on Wednesday that it has been served with a federal grand jury subpoena as part of a criminal investigation related to a norovirus outbreak.

The investigation, which is being conducted by the U.S. Attorney’s Office for the Central District of California, in conjunction with the Food and Drug Administration’s Office of Criminal Investigations, involves an outbreak at a Simi Valley restaurant this summer, the company reportedly said in a filing with the Securities and Exchange Commission Wednesday.

The Simi Valley norovirus outbreak reportedly made 234 people ill, and a Ventura County Public Health report indicated that an inspection of the restaurant shortly after the outbreak found numerous safety violations, including failures in pest control, sanitation, and maintenance. Employees also were working without having valid food handler cards.

The company was also slow to let authorities know of the outbreak, according to Doug Beach, a manager of the food program at Ventura County’s Environmental Health Division. He added that Chipotle got complaints about illnesses on Aug. 18, shut down its restaurant on Aug. 21, but did not alert the county until Aug. 22 after it had already reopened the eatery.

In another case, at least 141 Boston College students reportedly got sick after eating at the restaurant. More cases of E. coli incidents linked to several Chipotle restaurants happened in October and November.

Norovirus can be transmitted by eating contaminated food, or by touching infected surfaces.

Chipotle sales have reportedly dropped after reports of customers getting sick after dining at locations. CBS reports that the company says it expects sales for the fourth quarter to be down 14.6%, marking the first decline since the company went public in 2006.

Shares of the company have also fallen sharply since October, down 1.7% to $440.88 in early trading.