Study Ties Kids' Tech Usage in the Bedroom to Obesity 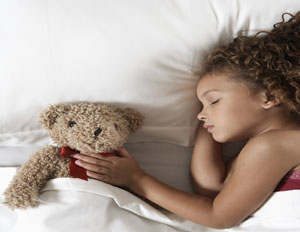 Gone are the days when a child’s bedtime actually meant they were tucked in and ready to sleep–and it’s costing them more than just less shuteye. In addition to poor sleeping patterns, children who have access to technology in their bedrooms are more likely to be obese, according to a new study.

Researchers from the University of Alberta in Canada found that of the close to 3,400 students in fifth grade, half of the 10-11 year olds had a television, DVD player or game console in their room; 21% had a computer, and 17% had a mobile phone.

Of the students surveyed, 57% said they used their phones, played video games and watched television after they were supposed to be asleep.

“If you want your kids to sleep better and live a healthier lifestyle, get the technology out of the bedroom,” said co-author Paul Veugelers, a professor in the School of Public Health at the University of Alberta, in a statement on Monday.

Popeyes Is Louisiana Fast â€” Minn. and Calif., Fast, Too