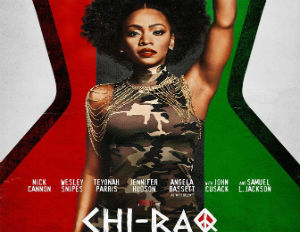 On Dec. 4, Spike Lee‘s long-anticipated film Chi-Raq was released. Based on reports, the film banked in at No. 13 at the box office, and during its opening weekend, an extra $15,000 per screen came from movie theaters located in Chicago. Chi-Raq received an 80% rating on Rotten Tomatoes,Â with an audience approval of 67%. While it may have received positive reviews from critics, there is still controversy surrounding the film.

“Chi-Raqâ€ is a combination of both “Chicagoâ€ and “Iraq,â€ and is often used by South Side residents in Chicago to compare the area to a war zone, due to the city’s sky-high rates of crime. The plot of the musical drama/satire spotlights gang violence in Chicago and is based on Aristophane’s Lysistrata. The classical Greek comedy play centered around women who would abstain from physical affection with their husbands as a form of punishment for their participation in war.

When the trailerÂ was released in November, emergency physician Amy Ho published an op-ed in the Chicago Tribune,Â criticizing the movie for using murders, seen nightly by local hospitals, for entertainment purposes. In addition, people took to social media to publicly share their opinion of the film, where many believe the satire is making light of a very serious issue.

What are your thoughts on the film? Will you see it if you haven’t already? Share your opinion with us below in the comment section.

So much respect lost for Spike Lee due to #ChiRaqTheMovie. Systemic racism and centuries of socioeconomic injustice are not punchlines.

CHI-RAQ is @SpikeLee‘s most urgent and important film. A moving, outrageously funny and heartbreaking satire. #ChiRaqTheMovie

I think Chicago having to be referred to as #ChiRaq has and always will be the most disrespectful thing ever tho. https://t.co/Q85qdWqOGS

That white critics r calling #Chiraq #SpikeLee‘s best work & black critics r side-eyeing it tells me what this film is about & who it’s 4.

A State-by-State Breakdown of How Much Millennials Earn Across the U.S.