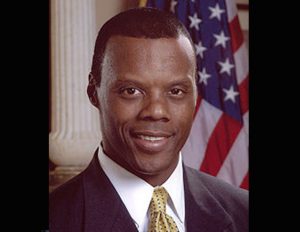 Cable television giant Charter Communications announced the launch of The Black Television News Channel (BTNC), on Charter Spectrum TV, which has subscribers in 14 of the top-25 African American TV markets.

BTNC is the entrepreneurial endeavor of J.C. Watts, Jr., former congressman from Oklahoma. BTNC states its programming mission is “to provide intelligent programming that will inform, educate, inspire, and empower its African American audience. BTNC will provide a new voice that represents African Americans in mainstream media and fosters political, economic, and social discourse.”

“I applaud Charter Communications for promoting Black television media which will further social and civil discourse nationally,â€ says Watts, in a released statement. “A diversity of voices and viewpoints is essential to maintain a robust democracy.â€

BTNC will provide access to information and educational programming, to meet the specific needs of this growing and dynamic community that is a major consumer of subscription television services.

Charter Communications is an American cable telecommunications company that offers its services to consumers and businesses under the branding of Charter Spectrum. Last year, the Los Angeles Times reported that the company provides services “to over 25 million customers in 41 states.” It’s also the second-largest cable operator in the United States following Comcast, based on its number of subscribers, reports The Verge.

In 2016, reports also surfaced claiming that both the Federal Communications Commission and Charter Communications were being sued for $10 billion in federal court by Byron Allen’s Entertainment Studios and the National Association of African American Owned Media (NAAAOM), for “racial discrimination in contracting for television channel carriage.â€ Allen accused Charter Communications of intentionally excluding African American-owned media companies, and the suit alleged various civil rights violations. It was the second suit that Allen and NAAAOM had in the courts against the telecommunications giant, as of last January, reports deadline.com.

Russell Simmons Cashes Out for $147 Million