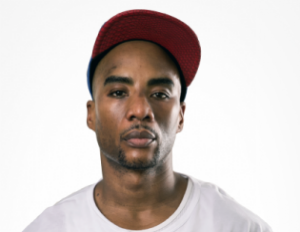 While the first part of our conversation focused on the media personality’s involvement with the Respect My Vote! campaign, we had to ask about the infamous Hillary Clinton hot-sauce incident. While campaigning in New York ahead of the state’s primary, Democratic front-runner Hillary Clinton stopped by Charlamagne’s highly popular nationally syndicated morning show, The Breakfast Club.

When Charlamagne’s co-host Angela Yee asked Clinton what item she always carries with her, Clinton promptly replied with “hot sauce.”

Charlamagne jokingly asked if Clinton was “getting in formation,” alluding to the popular BeyoncÃ© song, before pointing out that Clinton’s answer would be used by critics as an example of her pandering to the black community.

“It is working?” Clinton replied, laughing. As expected, the interview quickly went viral.

Although Clinton had previously expressed her affinity for the spicy condiment in multiple interviews, some dating as far back as 1992, many took to social media to accuse the candidate of lying to endear herself to black voters.

We asked Charlamagne if he believed Clinton’s hot sauce claim, and if he considered it pandering. Here’s what he had to say:
//
Here’s how he approached his interview with Clinton:
//

The Struggle Continues for Women to Become CEOs