Chance the Rapper Against All Odds 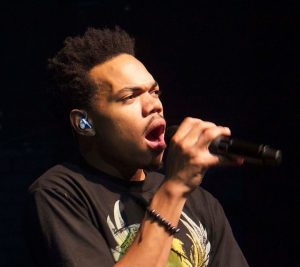 Chance the Rapper met with Illinois Gov. Bruce Rauner on Friday to discuss Chicago Public Schools, which has been facing a budget crisis. According to published reports, the meeting left Chance disappointed.

But as if determined to “be the changeâ€ he wants to see in the world, Chance announced on Monday that he would be donating $1 million to CPS–now it only needs $250 million more.

Black Americans in the Midwest

Chicago is a major American city, but it’s also one of the most segregated cities in the United States. Last night, my husband and I watched Bob Herbert’s compelling documentary, Against All Odds, and I immediately saw the link between white racist mobs destroying property in suburban Chicago, the massive warehousing of poor black people in housing projects, and the financial straits of a school system that serves mostly Hispanic (46.5%) and black (37.7%) kids.

Chicago has never cared about its black residents, a conclusion I came to after watching the film. Those who left the South’s forbidding violent racism and feudalism went north in hopes of a better life–some to the West Coast, some to the East, and some to the Midwest, including Chicago.

Interestingly, the Midwest remains one of the worst places for black Americans to live in, according to The Huffington Post, and Chicago is definitely in the Midwest.

Some have accused Gov. Rauner of playing politics with the future of CPS children. As has been widely reported, the governor vetoed a CPS funding bill that would have provided a cash infusion of $251 million to the financially strapped system.

According to the Chicago Tribune, Rauner vetoed the bill shortly after the Democratic Senate President suggested that the funding bill was not contingent on finding ways to save money on another issue. Rauner said he was “a little emotional,â€ the Tribune reportsÂ when he vetoed the bill.

I inferred that Rauner killed the measure in retribution for the Democrat possibly easing out of what Rauner thought was a done deal. This is not cool. This “emotionalâ€ decision will affect children’s lives.

It’s great that Chance the Rapper has agreed to donate $1 million to CPS. Years ago, a group of international performing artists, Band Aid (get it?), raised money for Ethiopian children by recording the megahit single, “Do They Know It’s Christmas?â€ I guess we have a “developing countryâ€ right here in the U.S. Maybe Chance the Rapper, Common, and others can similarly save CPS.

But is that any way to run the school system of a major American city?

5 Programs to Make Your Girl STEM-Strong

The Most Powerful Women in Business 2017