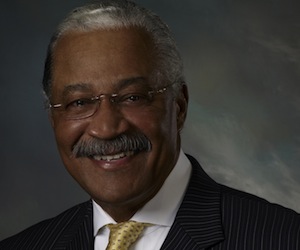 This week on The Urban Business Roundtable, UBR Contributor Renita D. Young sits down with the top executive of one of the nation’s largest Black-owned companies, Amos L. Otis, CEO of SoBran Inc. Based in Fairfax, Virginia, SoBran, which provides support services for biomedical and environmental research and security, ranks at No. 59 on the 2011 BE 100s list of the top industrial/service companies, with revenues of $61 million last year.

Before launching SoBran, Otis had a distinguished career as an officer in the U.S. Air Force, where he served as a missile combat crew commander. Since founding SoBran in 1987, Otis has built a company that now serves some the world’s largest government, academic and commercial organizations, recently earning the U.S. Department of Homeland Security’s Small Business Achievement Award.

Also, UBR Contributor Stephen Lewis talks with Morgan Stanley Investment Management Managing Director Carla Harris, author of the book Expect to Win: 10 Proven Strategies for Thriving In The Workplace (Plume). Harris, named among the Black Enterprise 75 Most Powerful Women in Business, heads the emerging manager platform at Morgan Stanley. She joins Lewis at the Roundtable to provide valuable insight into how to win in business. (Program note: Aired last week, this segment is being rebroadcast due to technical difficulties with the original broadcast.)

In addition, in my “Alfred’s Notepad” segment, I’m inviting everybody to a Twitter party! On Monday, August 1, at 8:00pm EST (7:00pm CST), I’ll be hosting an hour-long social media mixer celebrating entrepreneurship and business start-ups on behalf of the MillerCoors Urban Enterprise Series (MUES). Black Enterprise is an official media partner of MUES, which for the past 11 years has offered seminars, webinars and more than $1 million in business grants to urban business owners, through an annual business plan competition. If you’re a business owner, an aspiring entrepreneur or just an advocate of urban business, join the MUES Twitter Party by following the hashtag #MUES. You can also learn more by following @alfrededmondjr, @millercoorsmues and @blackenterprise on Twitter.

When Your Household Finances Fall Apart