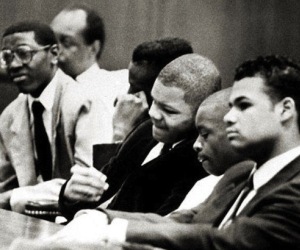 U.S. Magistrate Judge Ronald L. Ellis blocked New York City from obtaining footage from documentary filmmaker Ken Burns, in research for his film “The Central Park Five.” The movie was about the case of 5 young men falsely convicted of raping a Central Park jogger back in 1989.

City attorney Celeste Koeleveld said in a statement, “While journalistic privilege under the law is very important, we firmly believe it did not apply here. This film is a one-sided advocacy piece that depicts the plaintiffs’ version of events as undisputed fact. It is our view that we should be able to view the complete interviews, not just those portions that the filmmakers chose to include.”

There is still an ongoing $250 million federal lawsuit filed by the falsely accused men against the city.

Get Hired: Top 20 Paid Internships Across the Country