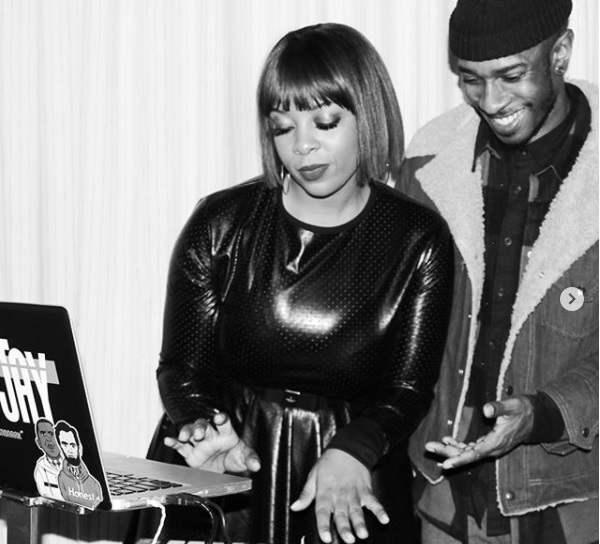 Natt Taylor, a lover of fashion and style, is a self-taught designer from Irvington, New Jersey. Although she learned how to sew in high school, Taylor didn’t pursue her passion as a designer until after college. Taylor graduated with a degree in accounting from Morris Brown College, but left corporate America after two years to follow her dream as a fashion designer.

BlackEnterprise: The process from sewing to designing?

Taylor: I am self-taught, I didn’t go to school for it. I actually went to school for accounting and later realized that it wasn’t for me. I started teaching myself how to sew because I needed a creative outlet. So I would find the most intricate and detailed patterns and would teach myself how to make those patterns. I allowed that to grow organically, and it’s all been a trial and error type of process.

On transitioning from accountant to designer.

I knew, for me, that accounting wouldn’t be the end all be all before I even jumped into it. All I knew is that I wanted a corner office and that I wanted to be the owner of the company–open up a CPA and just run my own business. But I think bottom line, I don’t think it mattered what it was, I just knew I wanted to run my own business. I don’t regret the path that I took, because everything that I learned while I was working, I have used it for my business now. (Click the next page to read more.)

On debuting her line in the Belk Southern Designer Competition.

I wanted to apply the year before, and I talked myself out of it. The following year, I felt like I was ready and decided to just do it and see what happens! I applied and I was one of the top 10 and had to present my collection to the buyers in order to get the win. They selected five from there and for the entire year, they mentored us and took us through the whole process of selling to a department store–which is very different from selling to boutiques. I am used to selling to boutiques, but going through a department store was a whole different ball game. So now, my collection is in nine stores throughout the southeast and on Belk.com.

On advice to up-and-coming designers.

My advice is to just start! A lot of times people will block themselves from doing anything because they think of everything that can go wrong and they tell themselves that they aren’t ready. It’s almost like having a child, a lot of people say they aren’t ready but then you get pregnant, and all of a sudden you are ready! You just have to do it!