Williams, a native of New Orleans who worked on the railroads in the mail and baggage department, is not used to traveling the friendly skies. Indeed, the very first time he ever traveled by air was the night he and a friend were rescued by helicopter while walking along the darkened I-10 highway after being driven from both of their homes by the rising waters of Hurricane Katrina.

Looking back at that night, Williams says with a chuckle that he didn’t lose much during that frightening period, “Because I did have nothing. I was glad to get out of there.â€

He’s hoping that before he goes back home to Florida, where he now resides with his daughter, that he’ll have an opportunity to actually meet President-elect Barack Obama. And although Williams, who sits in a wheelchair, has no idea whether that will happen, he’s excited to at least be where it’s all happening. He and a group of other hurricane victims, ranging in age from 80 to 100, planned to spend part of their first night in Washington at a reception with members of the CBC. 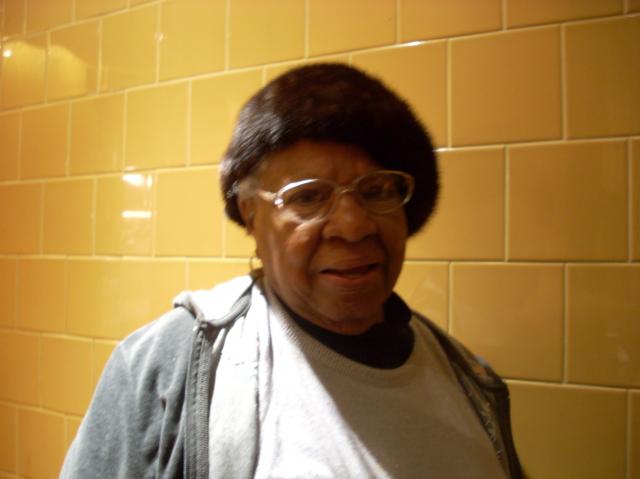 Doretha Williams, 88, was rescued from the storm by her grandson when she and other family members and an out-of-town friend were stranded at her home situated on a lake. He had bravely commandeered a yacht, tied it to his waist and then dragged it to Williams’s house. As he said, when your life is at risk, you take what you have to to save it. Thank goodness Williams’s son-in-law knew how to sail and successfully finished the rescue mission.
Later, she went to church to pray, as the governor had asked residents to do, stopping along the way to do so with two women sitting by the side of a road feeling like all hope was lost. Grateful as she is to have survived, Williams says that even years later, every now and then she remembers another thing she lost. But she has no regrets and feels like she’s now in a better place.

Williams, who cast her first presidential ballot for Dwight D. Eisenhower, never doubted that Obama would prevail and cried tears of joy on the night he was elected. Before he came on the political scene, however, she says, “Never in my wildest dreams did I think a black man would become president. But I believed he could bring change.â€

Tearing up, she says that Obama is very educated and calm, important qualities in a president, and she’s certain that he will also be a far more caring one than outgoing President George W. Bush. On Tuesday when he’s sworn in, she adds, tears of joy will once again stream down her