On the eve before House Democrats vote to elect the leadership team that they hope will put them back in the majority in 2012, the Congressional Black Caucus is “reserving judgmentâ€ on the proposed package until outgoing Speaker Nancy Pelosi provides more details about Majority Whip James Clyburn‘s role. Pelosi announced plans to nominate Clyburn for a newly created role as assistant leader that would maintain the current leadership hierarchy. When Democrats lost the majority, they also lost a leadership position.

The move by Pelosi to create a space for Clyburn was in part to end the battle brewing between Clyburn and Majority Leader Steny Hoyer for the number two spot of minority leader. Pelosi also wanted to avoid a potential rebellion that already had begun forcing Democrats to take sides along racial and ideological lines.

“We fully support our current whip, Mr. Clyburn, for the number three position and we are currently reserving judgment on the entire package until we see what the actual portfolio entails, in terms of responsibilities,â€ Rep. Barbara Lee told reporters Monday night.

Her statement followed a two-hour “emergencyâ€ meeting scheduled to discuss Pelosi’s proposal. But according to some lawmakers, it quickly devolved into a grudge session during which several participants aired grievances about a lack of Party support and other perceived slights.

It wasn’t supposed to turn out this way. Many Democrats were stunned when House Speaker Nancy Pelosi announced plans to run for minority leader. Throughout the year, she has become an increasingly polarizing figure, representative of everything voters rejected on Election Night. According to Robert Smith, a San Francisco State University political scientist, many lawmakers believe that Hoyer has the personality and style that will be far more politically appealing to voters in the states that will be very critical for Democrats in 2012. Hoyer had actually begun seeking support for the minority leader position a month ago, but according to one CBC member, Pelosi had apparently “locked up votes before Hoyer counted his.â€

The Republican Party’s midterm gains add up to a significant loss of power for CBC members who will no longer chair several prominent committees or subcommittees. Come January, they’ll be relegated to the role of ranking member, if they’re lucky, or back to the rank and file, which is why it is critical to them and Black voters to have an African-American in the leadership ranks.

“As chairs, CBC members could help set the party’s agenda. That’s gone, so they need someone who can be in the room when the agenda is set,â€ said Smith. “He has been kind of forthright in raising issues within the Democratic caucus that might not be raised by Hoyer or [other party leaders] with regard to African American concerns, like jobs and the stimulus.â€ 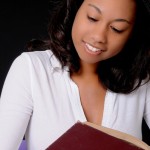