A glimpse into the life and mind of Jared Lee Loughner–the Arizona gunman who shot Rep. Gabrielle Giffords and several other people attending a public event last Saturday, fatally wounding six–shows that his motives were based more on paranoia than politics, but they are having a political impact.

House lawmakers were scheduled to vote Wednesday on a measure to repeal healthcare reform. Instead, they spent most of the day paying homage to the victims of Loughner’s bloody rampage and attending a security briefing. Republican leadership has not yet determined when the House will resume normal legislative activity. The atmosphere in the Capitol was palpably somber, as members pondered their own vulnerability to violence and questioned whether the shooting event could have a potentially positive impact on the way lawmakers treat each other.

Rep. G.K. Butterfield (D-North Carolina) said that he’s always been mindful of security measures for members of Congress because of the number of “derangedâ€ people who passed through his courtroom when he served as a judge. “But now that we’ve had this tragedy, I’m going to be especially mindful of going out at night alone, and I’m concerned about traveling the back roads of my district alone at night,â€ Butterfield said. In addition, he is going to beef up security at both his North Carolina home and district offices, and plans to install a bulletproof entrance to protect his staffers. Some lawmakers, including Rep. Bobby Rush (D-Illinois), have decided to move district offices to safer neighborhoods.

After Wednesday’s security briefing with an FBI official, the head of the Capitol Police, and the House Sergeant at Arms, Rep. Jesse Jackson, Jr. (D-Illinois), reiterated his call for the reversal of a vote last week to reduce each member’s budget by 5% so that members can enhance security in their district offices. Jackson said that the funds are needed to purchase security cameras and alarms for district offices, reimburse local law enforcement officials who provide protection at local public events, and help members like Rush pay for the inevitably higher rents at their new district offices.

The vitriol that often accompanies debate over political differences both on and off the House floor and how that may influence constituents back home also weighed on lawmakers’ minds.

“We should all examine ourselves and give some thought as to whether we can lower the tone and tenor of the debate so that we don’t create in the minds of people who don’t know us the notion that there is a greater chasm between [members] than actually exists,â€ said Rep. Al Green (D-Texas). “Many of us differ politically, but we’re friends socially. The public doesn’t always know this so it’s a great opportunity to reflect and see if there are some adjustments we can make.â€

But according to Rep. Emanuel Cleaver, II (D-Missouri), chairman of the Congressional Black Caucus, any return to civility might be temporary at best. He recalled hearing stories from older lawmakers about how after the 9/11 attacks members gathered on the steps of the Capitol, prayed and broke into an impromptu rendition of “God Bless America.â€

“For a few days, maybe even several weeks, people in Congress thought that things would change, but they didn’t remain changed for long,â€ Cleaver said. “The shooting may not have had anything to do with the tone of politicians and on cable TV and radio, but if the tone in Washington has become toxic, which almost everybody agrees that it has, then we can use this opportunity to make the changes that most Americans want.â€

Butterfield said that congressional lawmakers are currently experiencing another “9/11 momentâ€ and that change will come. “You’re going to see a dramatic change in tone between Democrats and Republicans on the hot issues,â€ he predicts. “We’re not going to change our substantive conversation, but I think you’ll see more civility, not just because of the Arizona tragedy, but because the American people are demanding it.â€

Be sure to read these related stories… 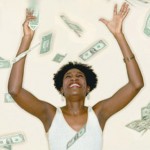