Opinion: Is the CBC Tough Enough on Obama? - Black Enterprise 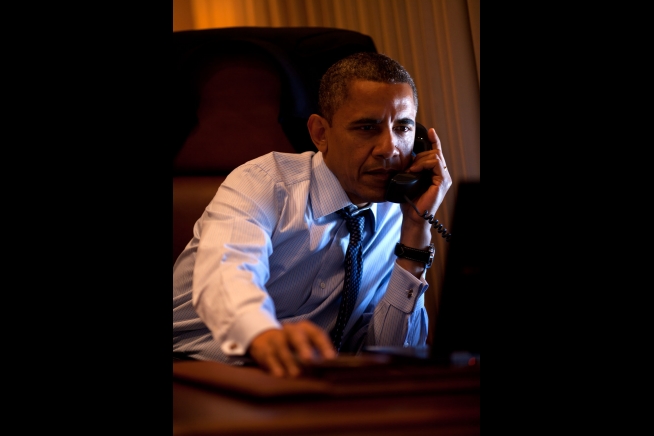 The CBC’s latest “toughâ€ stand concerns Attorney General Eric Holder.Â  Yesterday, Congress voted Holder to be in contempt of Congress.Â  As a protest, members of the CBC walked out during the vote.Â  WOW!Â  What a courageous stand (with every bit of sarcasm I can muster)!

The CBC is the same group that that has stood silently by as Obama has consistently shown his disdain for them and the issues they claim to care about the most.Â  As a matter of fact, their chairman, Congressman Emmanuel Cleaver (D-MO), went so far as to say on national TV that, “if Obama were white, they would be marching on the White House.â€

Two weeks ago, Obama decided to provide work permits to over 1 million illegals to compete with low and under-skilled Blacks.Â  The CBC and other liberal groups, like the NAACP, the Urban League, etc., have been complaining for over three years about the high unemployment rate within the Black community and Obama has refused to even address the issue.

In three State of the Union speeches before Congress, Obama has not mentioned one policy specifically directed towards the Black community, but yet has enumerated a laundry list of things he has done or is trying to do for gays and Hispanics.Â  Did the CBC walk out of a State of the Union address?

Obama has never met with a group of Black businessmen to discuss economic issues relative to Blacks.Â  Has the CBC done anything about it?

Whites account for 76.3%, Blacks account for 12.1%, Hispanics 7.4%, and gays 2% of the vote respectively.Â  So, Blacks comprise the second largest voting block in the country, yet have received the least for their support of Obama.

What parent in their right mind would take a loaf of bread from their kids to give to someone they don’t know?Â  It seems only within Black, liberal groups that this is done.

How can the CBC and the NAACP support Obama’s amnesty for illegals and yet complain about the high unemployment rate within the Black community?Â  How can Blacks vote for Obama when he has done absolutely nothing for them; but yet he continues to shower the spoils of victory upon gays and illegals?

If the CBC were a corporation, they would be sued for false advertising and gross negligence for lying to their shareholders (the Black community).Â  So, while the CBC is marching out of the Congress to protest the contempt vote against Holder, Blacks continue to be unemployed, fatherless, murdered, denigrated on TV, and marginalized.

CBC, how about you march down to the White House and get the President to actually pay attention and do something about the above pathologies?Â  Maybe you should pretend that you are gay or illegal, I can guarantee you that the President would meet with you.

Free!! Books of the Week – Entrepreneurship

How to Innovate Within Your Company