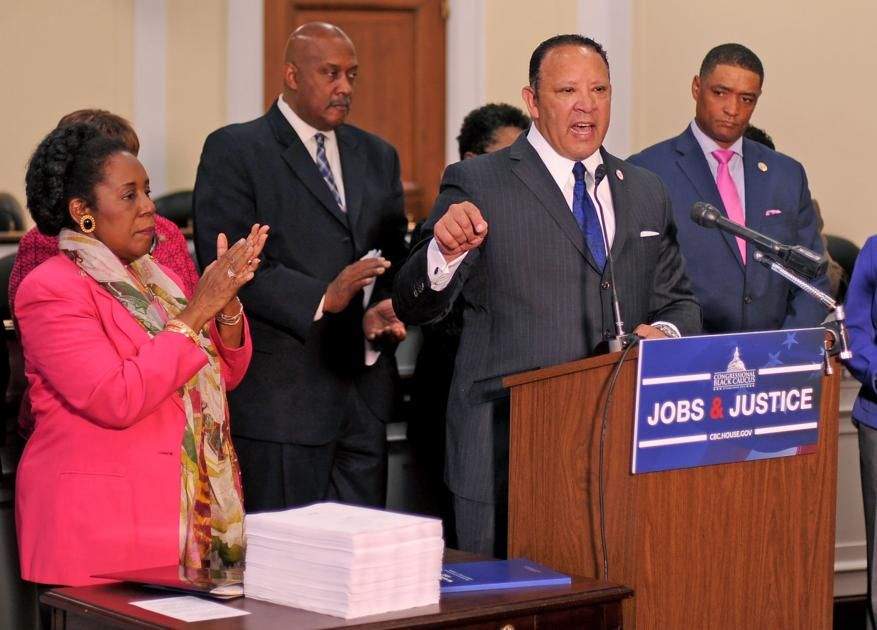 Being deemed the “Marshall Plan for Black America,” the 1,334 page Jobs and Justice Act, introduced by the Congressional Black Caucus last Thursday addresses a wide range of issues—from massive investments in infrastructure and workforce development training to promotion of economic empowerment, to comprehensive reform of the nation's criminal justice system. (Photo: twitter.com/theadvocatebr)

Being deemed the “Marshall Plan for Black America,” the 1,334-page Jobs and Justice Act, introduced by the Congressional Black Caucus last Thursday, addresses a wide range of issues—from massive investments in infrastructure and workforce development training to promotion of economic empowerment, to comprehensive reform of the nation’s criminal justice system.

The legislation is a compilation of sorts of free-standing bills proposed by the 48-member caucus, and although it is highly unlikely to be passed in a Republican-controlled Congress, they told USA Today that they wanted to “lay out a blueprint of their priorities” for now in the hopes that Democrats win the majority in November.

DETAILS OF THE BILL:

2018 marks the 50th anniversary of the assassination of Reverend Dr. Martin Luther King Jr. While Dr. King is well known for his efforts to champion social justice issues, he and many other civil rights activists of the day fought for economic justice as well. In addition to voting rights and equal protections under the law, every man, woman, and child deserves equal access to economic opportunities. Sadly, Dr. King’s Dream was never fully realized. Major social justice advancements in the passage of the Civil Rights Act of 1964 and Voting Rights Act of 1965 were followed by massive disinvestment in Black communities and a war on drugs that led to the mass incarceration of Black men and women — Cedric L. Richmond (LA-02), Chairman of the Congressional Black Caucus.

The bill’s Division B includes comprehensive criminal justice reform, from policing reform, marijuana decriminalization, sentencing reform, prison reform, and provisions to remove  the collateral consequences that make it difficult for the formerly incarcerated “to become productive members of society.” It also includes measures to protect access to the ballot.

Additionally, African Americans continue to seek equal protections under the law. In the wake of the gutting of the Voting Rights Act, Black voters have been targeted by voter suppression efforts with “almost surgical precision.” Moreover, Black families have been devastated by America’s scourge of mass incarceration. African Americans are incarcerated at more than five times the rate of Whites. In addition, although African Americans make up 13 percent of the national population, they make up 40 percent of the prison population. The criminal justice system traps low-income and minority families in a cycle of devastation, from broken bonds between police and the communities they serve, to overwhelming obstacles for those who have paid their debts to society — Cedric L. Richmond (LA-02).

“A lot of folks talk the talk when it comes to African American communities, but few walk the walk,” said Richmond. “This bill will give them the chance to walk that walk.”

The bill is a take on the original Marshall Plan—an aid package the United States provided to Western Europe after those countries’ economies were devastated by World War II. The plan was named after George C, Marshall, the Secretary of State at the time. 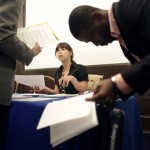 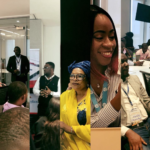