Castro Did Business With Black Farmers, Not the U.S Government 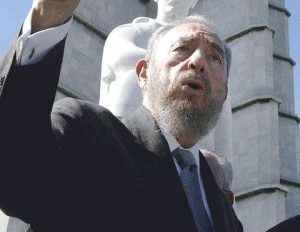 As news broke that former Cuban President Fidel Castro was dead at age 90, John Boyd, founder and president of the National Black Farmer’s Association, recalled how he had the opportunity to visit with Castro in official meetings five times in Havana, Cuba, before the revolutionary leader stepped down in 2008.

In a released statement on the passing of Castro, Boyd acknowledged him as one of the world’s most recognized leaders. “My last visit with Fidel Castro resulted in a $25 million contract for U.S. black farmers. The contract was one of Cuba’s largest contracts with a United States organization,â€ he notes.

America’s black farmers had been locked in a battle with the federal government over equal access to low-interest loans, grants, and other aid. So they saw hope in tapping the emerging Cuban market. Boyd, a fourth-generation Virginia farmer, remarked in several interviews that, “we’ve had a lot of difficulty competing with the big boys because when we bid on a contract they say they can do it cheaper.â€

In a deal negotiated in 2003, the Cuban government agreed to purchase some $15—$25 million of soybeans, corn, rice, and chicken from NBFA Foods, the Heathsville, Virginia-based company that handles trade for the National Black Farmers Association, Black Enterprise reported at the time. NBFA Foods would then distribute the money to the several hundred black farmers participating in the deal.

It was then-NAACP President Kweisi Mfume who met with Castro when he was a U.S. congressman, set up the meeting and orchestrated the deal after a reported 4.5-hour session. In a follow-up meeting, Cuban cabinet and agricultural ministry members joined Castro, inking the deal. According to Boyd, more than 10,000 black farmers benefited from the agreement with Castro.

During that time, Cuba made several agreements with U.S. farm groups to buy agricultural exports since the U.S. lifted an embargo on food sales in 2000. But the arrangement with black farmers marked the first time Castro forged a sale with a particular ethnic group, John Kavulich, then president of the U.S.-Cuba Trade and Economic Council, told Black Enterprise.

Black farmers sued the US Department of Agriculture in a class action lawsuit, alleging the agency routinely denied them loans because of their race. As part of a 1997 accord, the department agreed to allow farmers to seek a $50,000 settlement in cases where the government discriminated. More than $634 million in settlements was paid, but the farmers claimed the discrimination continued.

Congress passed a law in 2000 that allowed Cuba to purchase food and medicine from U.S. producers if the government paid in cash. Within that first year, Cuba purchased $189 million worth of American food, mostly from large agricultural businesses, per an Associated Press report.

In 2013, after years of protests and lawsuits, black farmers received a second round of funding as a result of a $1.2 billion settlement in their discrimination case against federal agriculture officials. About 18,000 farmers in total were slated to receive the checks.

BE Global: From Cameroon to Germanyâ€™s Tech Startup Industry