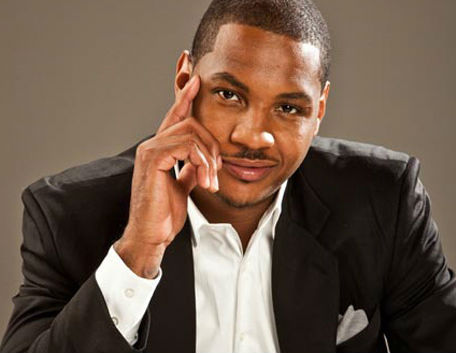 Basketball star Carmelo Anthony got his max contract from the New York Knicks, now he’s looking much further ahead.

ESPN is reporting that Anthony announced the creation of M7 Tech Partners, a venture capital firm whose partners are Anthony and the former CEO of Bertelsmann, Stuart Goldfarb, who heads the world’s largest direct marketer of music, video and books.

The sports network also notes Anthony is intrigued with wearable and connected devices. A media statement says M7 will be an early-stage seed fund for digital media and consumer technology.

Anthony also tells them he’s been interested in tech devices “for as long as” he can remember and his firm will be on the lookout for ventures focused on leadership that resonates with clients.

Both Anthony and Goldfarb reportedly haven’t decided how much cash they will use to back ventures in the near future, however, news of the company’s creation came with another announcement; their firm is now an an equity partner with Hullabalu, an interactive children’s story company.

The Wall Street Journal says, “M7 will not have any limited partners or other outside investors, and does not plan to take a lead position in any future portfolio companies.”

Hullabalo was founded by Suzanne Xie in 2012. Biz Journal reports the company raised a $1.8 million seed round last year.

Anthony agreed to a $124 million deal with the Knicks a little over a week ago.