See How This Financial Maverick Is Helping Black Businesses Grow 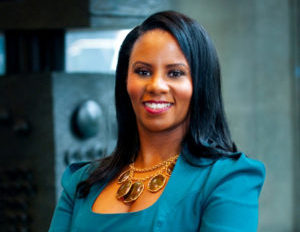 At a gathering of the nation’s leading black executives and entrepreneurs, Houston Mayor Sylvester Turner characterized Carlecia Wright as a “financial maverick.â€

In her role as director of the Office of Business Opportunity, Wright helps foster a more competitive, inclusive commercial ecosystem by giving minority- and women-owned business enterprises (MWBEs) greater access to the government procurement process. As such, her agency engages in activities ranging from certification and one-on-one coaching to developing networking forums and business plan competitions.

Wright, who has managed the agency since 2011 after being recruited from a position running New York City’s MWBE program, urgently drives her team to meet the mayor’s vision of full participation in the business mainstream.

She shares that Turner’s experience operating his own law practice has shaped this thrust. “I think what he brings to the table is his understanding of the challenges, barriers, opportunities, and expectations that come with being a black person,â€ she maintains, “but he understands the skill set, integrity, capacity, as well as intellect and rigor that comes with a black business owner.”

“I think that his vision is going to shift the culture and be impactful not just for black businesses but for diverse businesses in general. He is really challenging us to be transformative in creating programs and initiatives.â€

With a 47% increase in certified MWBE firms and the city awarding roughly $2 billion to such companies in the past five fiscal years, Wright is positioning her agency to achieve that mandate.

Keeping the Doors of Opportunity Open for Black Businesses in Houston