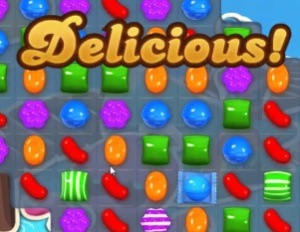 While the hit mobile game Candy Crush Saga may be generating revenue now, chances are King cannot recreate the success a second time.

The makers of Candy Crush Saga, King, think the company is worth $7.6 billion dollars, according to Forbes. How long it can sustain revenue that justifies that high price is a different story altogether.

King saw its revenue dip for the first time at the end of 2013, not a good sign for a game that makes more money the more popular it gets.

As with its other games like Pet Rescue Saga and Bubble Witch Saga, Candy Crush Saga is free to play. The real money comes in when players purchase points to boost their scores and play for longer periods of time.

Candy Crush Saga has 93 million active users and over a billion games played daily, so it doesn’t exactly want for press.

But with 78% of its revenue coming from Candy Crush alone, it seems like a very unstable platform on which to build a multi-billion dollar business. Zynga, a similar company with a similar product, Farmville, has gone through losses and layoffs after going public.

“Among is largest investors are Apax Partners, with its 48% stake, and Index Ventures, with 8.3%,” according to Forbes. And the stock ticker it plans to use? ‘KING.’

Tesla Sales Will Be Banned In New Jersey

You Could Win Mega Millions And Still End Up Broke