Failure is not the End: How to turn a Business Failure into Success 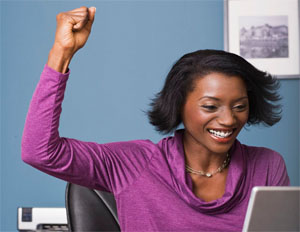 My first startup experience was working for a tech company that made mobile applications for sports fans. I worked nights and weekends in an entry-level position with the founding team while finishing up my college degree.

For aspiring young entrepreneurs like myself, a business school education is valuable, but it is no substitute for working in real, live startup environments. I knew I had to have both, so I sought out entrepreneurial experiences every chance I had.

Now that I’ve finished school and launched two startups of my own,Â I’m beginning to reflect on the lessons I learned outside the classroom, especially in that first startup job – and how they came to influence my decisions as a startup founder, four years later.

I absolutely loved that first team’s product concept, whichÂ aimed to improve the in-stadium experience at sporting events by providing live statistics, video replays, and even concessions orders to a mobile device. The in-stadium atmosphere is great for fans, but teams are fighting to increase ticket sales against the free and convenient experience of watching games at home.

I knew that bringing some of those comforts to your stadium seat could be valuable for both fans and teams. But after working on the product launch team for a season, I was in a unique position to project the long-term viability of both the product and the overall company.Â Unfortunately, the view wasn’t promising: it always felt like the company was too early for its time.

We initially loaned out iTouch devices at the venues, since not enough people had smartphones at the time. ThisÂ iPhone/iPad sales chart shows the market growth in these categories from under $5 billion in sales in January 2008, when I started at the company, to close to $100 billion now.

FAILURE IS NOT THE END

We had difficulty gaining traction. Whether it was the market, the timing, or the business model, I didn’t see much of the company after I left in mid-2008. Four years later, new companies are having success in that market, includingFanVision, owned by the namesake of myÂ alma mater at the University of Michigan.

Meanwhile, the founding team has gone on to do other great things, which led me to research what drives serial entrepreneurs. It’s a common theme in Silicon Valley and elsewhere, but is it really true that startup failure breeds future success?

Clearly, past success is a better indicator of future success. Employees, investors, and customers are all drawn to big-name entrepreneurs. Nevertheless, my college experience working with a failed startup greatly shaped my future successes at bothÂ Avomeen andÂ LabDoor. Specifically, they taught me:

I loved the experiences at my first startup, and will be eternally grateful to my bosses there for giving me my first shot in the tech startup world. I didn’t work there long and definitely never made any money in stock options, but it was a transformative experience that I still use when running my current startups – and one I’d recommend to any entrepreneurial-minded student weighing entry-level work vs. a startup gig.

The Young Entrepreneur Council (YEC) is an invite-only organization comprised of the world’s most promising young entrepreneurs. In partnership with Citi, the YEC recently launched #StartupLab, a free virtual mentorship program that helps millions of entrepreneurs start and grow businesses via live video chats, an expert content library and email lessons.

Jalenland: For the Ultimate Doer, a Higher Purpose Calls Back Home