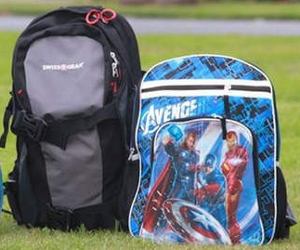 In the wake of the Connecticut school shooting, gun stores are packed with Americans purchasing guns because they’re fearful of another shooting. Scared parents are also purchasing armored backpacks for children at an unprecedented rate. Especially bookbags with body armor inserts that are designed to shield children caught in a shooting.

One Utah firm named Amendment II, employs 20 workers and began making the armored backpack inserts about six months ago. An executive said sales are up threefold, and that on Wednesday alone the company had nearly 200 requests for children’s backpacks. The backpacks that sell for between $150 and $300 are available with either a Disney princess design or a scene from the movie Avengers.

“The incident last week highlights the need to protect our children,â€ said Derek Williams, co-owner of Amendment II. “We didn’t get in this business to do this. This is not something we organized our company to sell.â€

One father who purchased an armored backpack for his 1-year-old after the Sandy Hook shooting said the decision was “a no brainer.” Ken Larson said “my son’s life is invaluable, if I can get him a backpack for $200 that makes him safer, I don’t even have to think about that.â€

Art and Politics Collide! Artstrike Calls for Art About the Fiscal Cliff