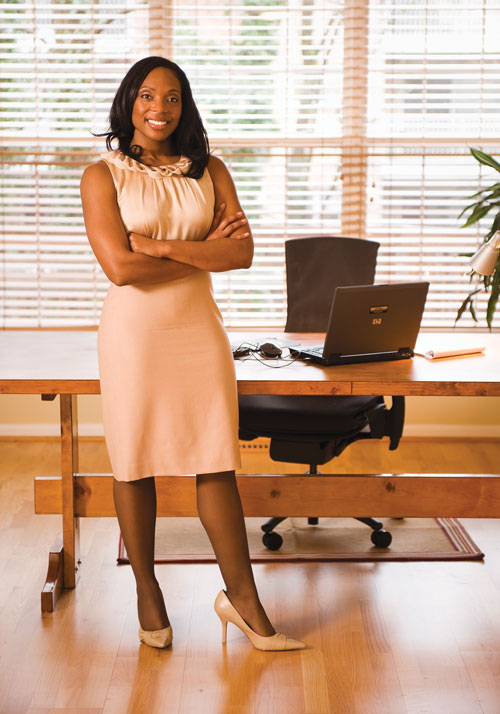 Ebony Smith says losing her job was a blessing in disguise. In 2008, the former investment banker was about one month into her dream job when Lehman Brothers Holdings Inc. filed for bankruptcy. Smith worked with the firm’s successor for five months. But, in January 2009, she was laid off with a severance of three months’ salary. By the summer of that year, Smith was back at work as a financial analyst with a major global consulting firm.

Smith, 30, made some tough choices to be able to pocket about $25,000 of the more than $35,000 in severance she received. She left New York where her living expenses were high (roughly $2,000 a month), and moved in for three months with her boyfriend in Pennsylvania where she paid $200 to $300 for rent. When she got her most recent job and returned to the Falls Church, Virginia, area she decided to share a townhouse with two other roommates. Smith pays $960 a month instead of the going rate of $1,300 a month for a studio apartment.
With a decent income and many of her expenses under control, Smith is ready to pursue her dream: amassing a net worth of $1 million by age 40, and semi-retiring by 55 with a net worth of $5 million.

There are two pressing financial issues standing between Smith and her goal, however. Smith owns a two-bedroom, two-bath condominium in Wheaton, Maryland, which she rents out for $1,644 a month. The condo is “no longer a good investment,â€ says Smith. Considering the state of the rental market she can’t charge as much as she’d like for the apartment. She’s about $300 short each month in covering the $1,924 mortgage and related expenses, such as the 8% of the monthly rent she pays to a property manager. Despite the fact that it’s losing value (she bought the apartment in 2005 for $360,000 and it was last appraised in January at about $325,000 according to real estate Website Zillow.com), annual property taxes have climbed from $1,200 to $3,000. And since it’s no longer owner occupied, Smith no longer receives certain homeowner tax benefits, or those she qualified for while in school. Ideally, when her tenant’s lease is up, she says she would like to sell.

Smith’s second biggest financial hindrance is the $135,000 in student loan debt she accumulated while getting her undergraduate degree in finance from Howard University in 2002 and law degree from Georgetown in 2008.
Smith has an entrepreneurial side that she wants to fully explore later in life when she enters semi-retirement. Eventually she would like to educate others about financial literacy and has begun conducting personal finance workshops.