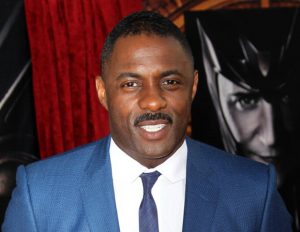 Claim to Fame: He first caught our attention as the intelligent thug on HBOâ€™s cult favorite, The Wire and since became a mainstream Hollywood heartthrob. Not content with just skating on his good looks, Elba has proven he takes his craft seriously by accepting challenging roles like those he played as a detective in BBCâ€™s Lutherâ€”for which heâ€™s won a Golden Globe award.

Why Heâ€™s So Hot: Elba is quite possibly one of the sexiest men walking. His irresistible British accent, a set of abs women canâ€™t stop staring at, and that nonchalant â€œI donâ€™t even realize how fine I amâ€ charm have become legendary. However, heâ€™s a thinker too and recently diversified his resume by expanding to music (heâ€™s a highly sought after DJ) and working behind the camera as a producer of the indie series Milk & Honey.

The #OscarsSoWhite controversy came to head in 2016 when the Academy of Motion Picture Arts and Sciences announced its Oscar nominees and only white actors and actresses were among the chosen few in the top four categories for the second year in a row. In response to the whiteout among Hollywood’s elite, BroadwayBlack.comÂ managing editor April Reign created the trending Twitter hashtag #OscarsSoWhite.

The calls for diversity were echoed by actors, activists, producers, and moviegoers in the U.S.Â and abroad. Film creatives called for inclusion from Germany, England, New Zealand and South America, among other places. “They are standing up and saying hey, this is a problem in our country too,â€ Reign told the Huffington Post at the time.

Now the British Academy of Film and Television Awards, or BAFTA, has made a bold move regarding its diversity standards in an effort to make prestigious films less glaringly white. BAFTA is often considered the U.K. equivalent of the Oscars.

Beginning in 2019, films will no longer be eligible for two big awards–Outstanding British Film and Outstanding Debut by a British Writer–if they meet less than two of four new diversity criteria. The BBC reports that any films nominated for the categories will have to show some significant effort to improve diversity in “onscreen characters and themes, senior roles and crew, industry training and career progression, and audience access and appeal to under-represented audiences.â€

The BAFTAs are focusing on “increasing the representation of under-represented groups in front of and behind the camera,â€ according to a statement released by the organization. This refers to ethnic minorities, the disabled, women, LGBT people, and those from lower socioeconomic groups.

According to the BBC, these new rules correlate with the B.F.I.’s diversity standards, which were put in place in 2014 to improve representation within British filmmaking.

BAFTA also changed the rules for newly admitted voters in 2017, who will no longer have to be recommended by two people who are existing members. “This widens the pool of potential members and ensures that it’s only talent, and not also who you know, that enables BAFTA membership,â€ the statement said. Of the 375 new members admitted this year, according to BAFTA, 43% were female, 18% were from a minority ethnic group and the average age was 44.

By contrast, the Academy’s membership is 23% female, 6% non-white, and the median age is 62. In response to the lack of diversity backlash, the Academy announced changes to its membership rules and has since invited a wide range of international and diverse voices into their ranks, reports Variety. The changes included shortening members’ voting statuses to 10 years (able to reactivate so long as they remain active within the industry) and adding three more governors’ seats filled by people from underrepresented groups.

10 Reasons Obama’s Presidency Will Go Down In History

Here’s What This College Dean Really Thinks About Diversity