Bridging the Gap Between Higher Edâ€™s Rhetoric and Reality 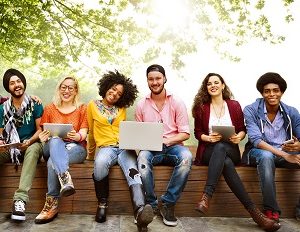 Last month’s elections, here in the U.S., represent a significant shift in both leadership and policy direction. As a historian, I’m always interested in understanding the how and the why of such consequential events.

In my role as head of the Gates Foundation’s Postsecondary Program, I’m also interested in what they mean for higher education. So, over the past several weeks, I have been engaged in a lot of conversations and done a lot of reading, which has taken me from gas stations in Iowa, to executive offices in New York, to campuses on the east and west coasts, and in between. It has been a fascinating, sobering, and ultimately inspiring experience.

The common thread running through all that I’ve learned? We live in a nation increasingly anxious and angry over real and widening gaps–gaps between the more educated and less educated; the well-off and the economically vulnerable; urbanites and rural residents; white and non-white–and the list goes on. Beneath all of it is a sense that a significant part of our nation has been left behind, that the state of our union is more fractured than we realized.

These gaps extend to higher education, as well. One of the most profound gaps is between the rhetoric and reality of our enterprise; the aspirations of our system versus its current results. Even as we weave hopeful narratives about the role of higher education in the world that is unfolding, we must acknowledge and, more importantly, attempt to bridge the gulf between where we are, and where we would like to be. This is important, because I believe that higher education played a role in bringing us to this place, and higher education must play a role in moving us forward.

Higher education must confront four essential questions that speak to the gap between rhetoric and reality:

What qualifies as “higher education,â€ and who needs it?

Even today, we labor under outdated stereotypes about the definition of college (four-year, residential, campus-based) and of the prototypical college student (18-years-old, directly out of high school) that fail to embrace the true diversity of education after high school and of those seeking a degree or certificate. Nearly all of the jobs created since the Great Recession required some form of education after high school;Â  everything from competency-based credentials to post-doctoral study.

But, our view of “what countsâ€ as higher education is far too limited and parochial, our existing delivery systems are too leaden and inflexible, and new ways of packaging and delivering knowledge face many cultural and regulatory hurdles. This must change if higher education is to remain relevant and keep pace in today’s economy.

How to Create Conscious Black Millionaires

The Grass Is Green: What the HECK Does That Mean?