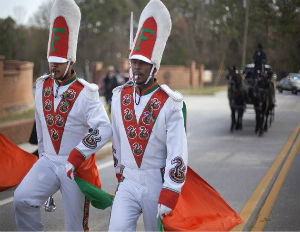 The judge said Jones’ role in the hazing death was relatively minimal as Jones did not beat or hit Champion. Eleven others await to be sentenced for the death of theirÂ fellow band member who died during a hazing ritual aboard a bus parked outside an Orlando hotel after a football game.

The maximum sentence for their offense is five years in prison for third degree felony hazing.