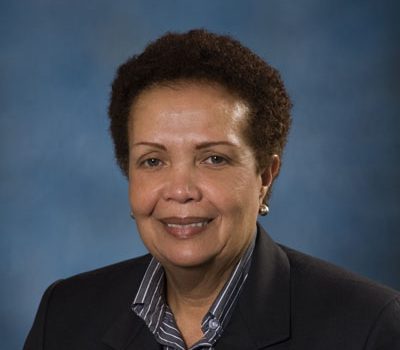 It’s often said that great things have small beginnings; The Baltimore Times Newspapers fits this description. In 1986, Joy Bramble and her husband, Peter, started the newspaper at their kitchen table. Their mission was to report positive stories about the black community in order to change the negative narrative surrounding African Americans in mainstream media. Hence, the newspaper’s motto, “positive stories about positive people.”

The newspaper grew in popularity and eventually went from being published monthly to weekly. It also expanded into other regions within the state of Maryland, branching The Annapolis Times and The Prince George’s County Times in addition to community workshops and seminars that increased awareness of opportunities related to business, education, healthcare, and finance.

Bramble may be well-known for her work with The Baltimore Times, but she is also a wife, mother, educator, entrepreneur, and philanthropist. Bramble, who was recently honored by The National Great Blacks in Wax Museum in Baltimore, attributes her success to a supportive team of employees and support from her family.

BLACK ENTERPRISE caught up with Bramble to learn more about her journey.

BE: What do you recall thinking when you decided to launch The Baltimore Times Newspaper?

I was looking at the local news one evening listening to the catalog of murders, crime, and mayhem committed reportedly mostly by African Americans. I glanced at the front page of the daily paper on our coffee table with similar headlines. It struck me that the radio news pretty much had the same tune. I realized that if black folks were constantly reading, seeing and hearing that we are criminals it then becomes the self-fulfilling prophecy for young people and the society. I knew so many positive things that were happening in the black community and none of these things ever made the news. My husband and I right there and then decided to start a newspaper that would only publish the positive things happening in the black community: successful young people; working, happy families; churches making a difference; teachers producing students despite lack of resources. Everyone laughed at us—no one, I was told, is going to read a newspaper with only good news! ‘Did you do a feasibility study?’ we were asked. Once folks realized our mission, the stories poured in. To this day we get calls: “We have a Baltimore Times story for you,” they say.

BE: What has been the greatest lesson you’ve learned since launching your publication?

Listen to your instincts—don’t let naysayers dissuade you from trying new things. However, learn to quickly disband what’s not working. Follow good and tested industry practices where applicable. I have learned to listen and learn from readers as well as other business people. People who have been in the industry for a long time love to give advice, so ask questions about the things you don’t understand or what you don’t know and they are usually happy to oblige.

BE: With the rapid growth of the internet and social media, how important was it for your publication to adapt to the digital age?

The digital age has certainly upended the newspaper business and we have had to adjust to the new ways. A small newspaper and niche papers are more agile than a big newspaper with a large staff. The Baltimore Times has not lost readers. We publish the same number of papers we always have. We lost advertisers who listened to the lie that no one was reading papers anymore. However, we have always had other streams of income such as events and special issues and now we rely heavily on that to make up lost revenue. We also use social media and with our website, we are fast becoming a media company as we introduce video, a possible radio station, and podcasting to attract millennials as our new readers (online of course) of the coming generation.

BE: Was there ever a time you wanted to dissolve the publication because of competitors?

I can truthfully say that I have never wanted to disband The Baltimore Times. That doesn’t mean that I don’t get discouraged, tired, and worn out; but every time that happens I run into someone who reminds me with a little piece of paper in their wallet about a story we wrote about them, or that I gave them their first job, or the last editorial was right on the mark. Then I get enthused and want to continue.

BE: What advice would you offer to someone who wants to launch a business but fears it not being successful?

Running a business looks easy from the outside, but it often takes working long hours with little pay. Be prepared to do everything, including cleaning the toilets if necessary, and to have money in the bank to pay for your living expenses; or have a supportive partner like I had in my husband to take up some of the slack.

Owning a business and being your own boss means that everything depends on you, but surround yourself with a good support system and know what to jettison if it becomes a burden on the bottom line.  Remember, if fear paralyzes you, perhaps entrepreneurship is not for you, so ask yourself how much risk can my personality take. Sometimes it’s a wild ride, but it is wonderful when it works. I am a risk taker and I have had my number of failures, but I have also had a lot of successes. I would say, take a chance. 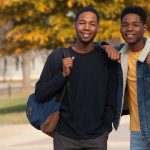 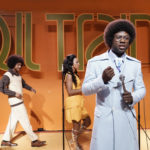