BPN Celebrates Black Excellence and Achievement in the Bay 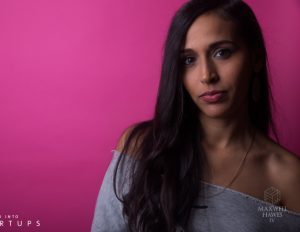 The Black Professional NetworkÂ (BPN) focuses on empowering young black professionals, both personally and professionally, through valuable networking, community involvement, and development opportunities. As we continue our celebration of Black History Month, the BPN is celebrating by continuing its tradition of supporting worthy causes, via its ‘Celebrating Black Excellence and Achievement in the Bay’ event, onÂ Thursday, February 23, 2017, from 6:00 p.m. to 9:00 p.m. PST.

In the past, BPN has chosen specific initiatives to get behind, and this time around, it’s none other than Kimberly Bryant’s Black Girls CODE. The Black Girls CODE organization is a nonprofit that we’ve been hearing a lot about recently. Dedicated to teaching girls how to write and implement coding as well as showing the world that black girls are interested in and can code, Black Girls CODE received mainstream attention after being mentioned during an episode ofÂ EmpireÂ last season,Â directed by Lee Daniels. BPN has vowed to donate a portion of the proceeds from this event to backingÂ the nonprofit.

Additionally, BPN hasÂ partnered with podcast seriesÂ Breaking Into StartupsÂ to highlight some of the event’s guest speakers, allowing them to share their stories live. One recent, noteworthy story featured on this podcast came from Idalin Bobe, a techÂ activist who is deeply involved with organizations such as ThoughtWorks, Poor People’s Campaign, Black Girls CODE, and #YesWeCode.

“Too many people are working in silos when we’re working on the same things. Friendly competition is cool, but if our mission is to help with diversity or other mission driven causes, we should come together to support each other and share strategies that are effective. Raising awareness and talking about issues is helpful, but what matters is action that leads to results. Period. BPN and the Breaking Into Startups team is focused on that,” saidÂ Breaking Into Startups co-founder, RubÃ©n Harris.

Other speakers at the upcoming event include Jotaka Eaddy, a NAACP seniorÂ advisor, who is currently head of government affairs at LendUp; Tamika D. Mallory, a civil rights leader and co-chair for the Women’s March; Phaedra Ellis-Lamkins, a social justice advocate and former manager to Prince; and Pastor Michael McBride, who is a regular guest on MSNBC and CNN.

“This event provides the chance for us to reflect and acknowledge not only the accomplishments but also the struggles we’ve overcome as African Americans in this country. It’s important that we use this as an opportunity for us to come together in open dialogueÂ to create an environmentÂ that will inspire, motivate, and encourage continued growth, ” says Charles Pridgen, founder of BPN.

If you are committed to supporting black excellence and happen to be in the Bay Area, then you can’t miss BPN’s ‘Celebrating Black Excellence and Achievement in the Bay’ event, onÂ Thursday, February 23, 2017, from 6:00 p.m. to 9:00 p.m. PST.

Use the code, BHM2017Â and gain discounted access here, courtesy of BLACK ENTERPRISE.

In addition, to learn more about BPN and Charles Pridgen, check out theÂ Breaking Into Startups podcast here.