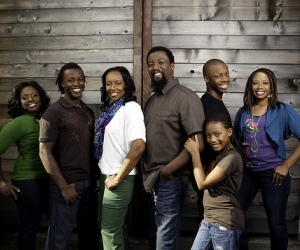 Bounce TV has announced a new series, “foreverJONES,” is currently in production and will start filming this month.

It will be the network’s first-ever original reality series which will center around the daily lives of the GRAMMYÂ®-nominated family gospel group, foreverJONES.

foreverJONES is a band led by parents Dewitt and Kim Jones and includes their five children, D’Jeniele’, Dominique, Dewitt IV, Judah and Myahas. The group has won Stellar Awards, been nominated for a GRAMMYÂ® and is also up for three Dove Awards in April.

Bounce TV has ordered six episodes of foreverJONES with production beginning later this month in Shreveport, LA, and it will debut this summer.

Benefits of the Grind: How Your Struggle Can Advance Your Career