When Sundra L. Ryce finished college, she planned to join the family contracting business. But her parents had other plans: They cut her a check and told Ryce to start her own. Over the next 15 years, Ryce and her team would consistently grow that company. By 2011 it would join the ranks of the largest black-owned businesses in the nation.

Although Buffalo, New York-based SLR Contracting & Service Co. Inc. (No. 87 on the BE Industrial/Service companies list with $28.8 million in revenues) is a newcomer to the be 100s, the company and its 36-year-old president and CEO have graced the pages of black enterprise magazine in the past. In 2003, SLR was featured in our small business section, where Ryce addressed her company’s first contract–a $20,000 job to repair the heating system at the local YWCA. At the time, Ryce discussed updating her business plan to focus on management and administration.

Ryce has come a long way from running a startup that produced gross revenues of $177,926 in 1996, its first year in business. Today, SLR’s projects include the $8.2 million construction of a dental clinic at Fort Drum for the U.S. Army Corps of Engineers, and nearly $26 million in construction for the Buffalo Public Schools. And Ryce has her eye on continued growth.

Second-Generation Entrepreneur
Some say entrepreneurship is in the blood–and Ryce’s story lends some credence to that observation. Upon receiving a bachelor’s degree from the Buffalo State College, the daughter of Willie C. and Noma Roberson initially considered joining the family business, W.C. Roberson Plumbing & Construction Corp. “However, my parents actually sat down with me the summer after I graduated and my dad said, ‘There are a lot of opportunities for women-owned businesses and minority-owned companies. You are a leader and you need to start your own company.’ â€

To that end, Ryce’s parents gifted her $10,000 to launch her venture, and in September 1996 at the age of 21, she started SLR. “My dad actually pushed me out of the nest, but it’s been a great journey,â€ Ryce attests. “I had to learn how to fly and he’s been there to support me every step of the way.â€ In fact, Ryce initially rented two rooms in her father’s office building to keep costs down. Meanwhile, she worked to earn her master’s degree from Medaille College in Buffalo. 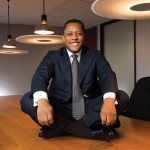