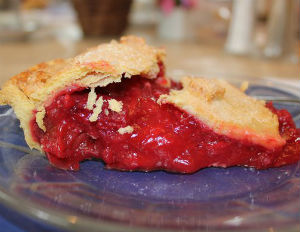 As the holiday season gets into full swing, there’s a high likelihood that your small business will need more staffing. If not for the busy shopping season, perhaps you’ll need extra people for a promotional event. Sometimes an unexpected event will force you to hire extra staff, as was the case with The Blue Owl Bakery in Kimmswick, Missouri.

The bakery recently found themselves in need of extra staff after being mentioned by Oprah. The bakery’s 9-inch tall Levee High Apple Pie made its way to one of the most sought-after lists of all time — Oprah’s Favorite Things.

Mary Hostetter, owner of The Blue Owl Bakery, said her business has been churning out the pies as fast as possible. They’ve produced close to 500 pies in just the last two weeks. With 18 apples using the production of every pie, that’s 9,000 apples.

“Just think of all the apples,â€ Hostetter said. “I need to buy an orchard.”

The Oprah mention could not have come at a better time for the company, as they’ve recently moved into a bigger facility. The bakery used to be in a 1,000 square foot space but just opened a new 2,100 square foot location on November 1, around the time the company received the news about Oprah’s Favorite Things. The bakery normally has about 125 workers, but needed to increase that number by 20% after being mentioned by the media maven.

The Six-Word Phrase You Must Master to Improve Your Finances