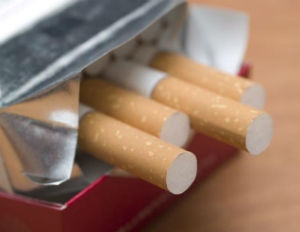 Fresh off the recent defeat of his ban on large sodas, NYC Mayor Michael Bloomberg has his eyes set on a new healthy initiative for the citizens of New York. He wants stores to hide cigarettes behind counters, curtains or cabinets as part of his next anti-smoking effort.

The billionaire former smoker has made anti-tobacco efforts a major part of his time as mayor. Bloomberg banned smoking in bars and restaurants in his first term. He’s also levied steep sin taxes causing the price of a pack of cigarettes to skyrocket to almost $13 in most of the city. In his private philanthropy, he’s committed $600 million to programs to help stop smoking around the world.

The legislation would require stores to keep tobacco products in cabinets, drawers, under the counter, behind a curtain or in other concealed spots. They could only be visible when an adult is making a purchase or during restocking.

Many have commented on Bloomberg’s proposed laws and feel he’s overreaching his power and creating a nanny state in NYC, taking the ability to choose out of the hands of adults.

Bill Maher recently said “”There is something wrong about the 7th richest person in the world, lying in bed at night saying, ‘You know what people shouldn’t do? Drink too much Sprite. And I’m going to make that a law.’

Maher added, “You shouldn’t have to clear what you eat with the municipal government.â€

There’s no word yet on a reaction to this law by local business owners or how much it would cost to retrofit bodegas and other businesses that already have cigarettes prominently displayed behind counters.

The law would apply to retail stores and requires City Council approval. The bill will be introduced on Wednesday, officials said.