Black Women Missing Out on The Economic Recovery 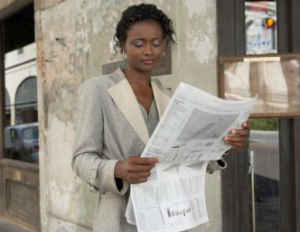 The Obama administration’s response to the disproportionate impact of unemployment on African Americans – or lack thereof, depending on whom you ask ask – has been a recurring conversation over the president’s first four years.

Writing at the Guardian, Mychal Denzel Smith argues that African Americans – and black women in particular – are not reaping the benefits of the nation’s slow but steady economic recovery.

The national unemployment rate has gone down to 7.9%, but for black people, it remains stuck in the teens — having gone up in the last jobs report before the election from 13.4% to 14.3%. This is because black job-seekers have to contend with something that does not come up in the Bureau of Labor Statistics monthly jobs report: racism.

Take, for example, the story of Yolanda Spivey. Writing for Techyville, Spivey tells of job-searching online with the popular Monster.com — with zero luck. Identifying as a black woman, Spivey says she did not receive a single response to her resume. Later, she posted a resume identical to her own, but under the name Bianca White — this time, identifying as a white woman.

She received a phone call the very same day, and watched offers for interviews come in abundance via email and telephone the next day.

Spivey’s experiment is not unlike the studies that show it is easier for a white man with a criminal record to be called back for a job interview than it is for a black man without one. The biggest difference, of course, is gender: we have a tendency to focus on the experiences of black men, while little is made of the racism black women face, in the economy or otherwise. Although Spivey’s is only one story, it points to the struggles black women have faced during both the great recession and the recovery.

Read the whole story at the Guardian.