What are We Celebrating on Black Women Equal Pay Day? 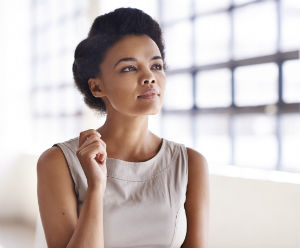 Check this harsh reality: black women only make 63 cents for every dollar made by white men.Â Even harsher than that is the fact that 20 months’ worth of work by black women earns them what white men make in one year.

So today, August 23, 2016, can we really celebrate black women finally catching up to the earnings of white men, as compared to last year? Because despite equal workloads and equal—if not more—responsibility in the home and, in many cases, the workplace, black women are still expected to make do with less.

According to the National Women’s Law Center, this pay gap has been costing black women $877,000Â in wages over a lifetime. If a glaring, nearly one million dollars lost to black women isn’t enough for policy and decision makers to make the necessary changes to rid pay inequalities, what is?

Even if black women’s salaries did eventuallyÂ catch up to white men’s two years out from now, would this day still be cause for celebration (because at least we caught up at some point)? Why don’tÂ we celebrate actual progress instead? Because the truth is, we remain far behind–and continue toÂ fall even further.

Celebrate today if you must, but hold off your sincere round of applause until black women are actually earning equal pay, and thus have reason to wholeheartedly observe Black Women’s Equal Pay Day.

Virtual Guidance Counseling Is a Thing — and It Works