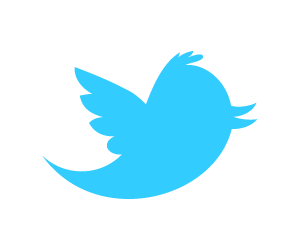 Black Twitter is Black power. Black Twitter once shut down a shady book deal, has its own Wikipedia entry and is more than a hashtag or momentary trending topic. For all of its strengths, however, Black Twitter has a critical flaw.

Many Black Twitterers, several with thousands of followers, tweeted, retweeted, and retweeted retweets of the link to the article. By 8 pm Sunday night, the article had been shared on Twitter over 3,600 times and on Facebook over 3,700 times. Late Sunday afternoon, it was the #1 “Trending on Socialâ€ article on USAToday.com. Undoubtedly, plenty more people saw the article than those numbers show. Not good.

The reason? More traffic for the USA Today site means more advertising revenue since page views influence ad rates. Links and page views (“eyeballs”) are essentially the currency of the web, and serves as an effective way to determine significance across the web. Google operates on this exact idea. Link popularity measures don’t factor in sentiment, though. They just see a flurry of activity around a link. Through clicks and taps, Black Twitter’s moments of collective outrage are valuable. More rage-tweeting and linking means more traffic and visibility, which, in turn, means more revenue.Â With an estimated 17.5 million unique visitors monthly, USA Today isn’t clueless about this.

With this in mind, Black Twitter should do online outrage differently. Otherwise, media outlets add to their bottom line through recklessness with our stories. Labeling “The Best Man Holidayâ€ as “race-themed” despite its widely applicable storyline and comparing it to other thematically different movies is the epitome of recklessness. Sending them traffic is the last thing that should happen.

Unfortunately, there will be a next time. Black Twitter is influential enough that it wouldn’t be surprising if flipping this influential demographic on itself for gain became a goal. So, what should happen differently next time? Avoid fanning the flames with more traffic and page views by simply not directly linking to the offending content. Here are several ways to do this:

No, these solutions don’t address the larger issue of media categorizing movies with predominantly Black casts as “race-themed,” and thus conveniently lumping them together in a lazy commentary on their success. They also don’t address Hollywood’s awkward surprise that Black people go to the movies at all.

But, they do result in fewer clicks and taps. They’ll learn.

Tiffani Ashley Bell is the founder of Pencil You In, a scheduling service that helps small businesses book and grow their customer base more efficiently. She has appeared on CNN, Black Enterprise, Women 2.0 and more. You can find her on Twitter at @tiffani and @pencilyouin.