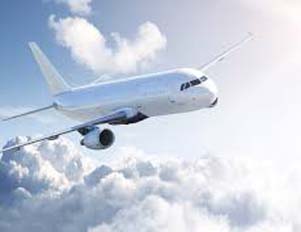 The rolling force of kinetic energy known as the black travel movement is overcoming millennials all over the world. The black community has pumped over 48 million into the travel industry thus far, with no signs of slowing down. Long gone are the days when we relied on the pages of The Negro Travelers’ Green Book, detailing what areas to avoid, when to travel, and where to dine for our own safety.

In 2016, 27% of the black population spanned further outside of their comfort zone in distance, spending more than ever before. Social platforms, such as Instagram and Facebook, create virtual windows that allow travel influencers to document their experiences and share tips on how to plan the ultimate vacation. Through those websites, we gain further insight and learn that this flourishing demographic is attracted to glitch fares and group experiences that lead to viral moments on Instagram.

The airline industry is not the only one benefiting from this movement; microsites are breeding grounds for travel frenzy, which can take less traveled areas out of obscurity and turn them into the “it” travel destinations of the season.  However, one thing that is missing from the equation, is an acknowledgment from the travel industry, in the form of direct marketing to people of color. By excluding this demographic from the conversation, it appears as if black people don’t travel when, in actuality, they do–in fact, now more than ever before!

During a recent conversation with RÃ©al Hamilton-Romeo, Norwegian Air’s U.S. senior public relations manager, I got the opportunity to discuss the current climate, and what it would take for the travel industry to embrace its fastest growing demographic. RÃ©al Hamilton-Romeo is an influencer, who has visited 37 countries and counting, with over 18 years of experience working in and around the travel industry. Before moving to Norwegian Air, she was a reservations agent at KLM Royal Dutch Airlines, led the public relations team for Eos Airlines, and was a member of the JetBlue Airways communications team. Given RÃ©al’s credentials, I thought it was only right to get some insight on what the black travel movement means to her and her team.

BLACK ENTERPRISE: How did you end up working in the travel industry?

Hamilton-Romeo: I’ve been around the travel industry my entire life—you could say I was born into it. My mother began working for LIAT when she was 18 years old—four years before I was born—and she retired five years ago from Delta Air Lines.

My travel career began when I took a job as a reservation sales agent at KLM Royal Dutch airlines in 1996. My school and work schedules collided, so I had to resign after a few months. Then, in 2007, I was offered a PR position at Eos Airlines.

BE: While walking through major airports, one thing that is apparent is the lack of melanin on the terminal walls or in the pages of the airline travel magazines. Do you think the reason the travel industry is not marketing to people of color is because they simply don’t know how, or is it that the industry just doesn’t want us to be a part of the narrative?

Hamilton-Romeo: Unfortunately, as a woman of color who has often been the only black person or one of few black people in any situation, I am keenly aware of the lack of diversity in the images we see reflected back to us. We’ve been conditioned to view “whiteâ€ or, more specifically, the “straight, white manâ€ as the beacon of mainstream, and that is not the case. This is why we are constantly hearing terms like “niche marketing,â€ or “urban division,â€ and the like to refer to campaigns geared toward black, Latino and LGBTQ communities–to name a few.

The travel industry wants people to spend money, but I think most marketers either subscribe to the philosophy that mainstream print, online, and broadcast [media] outlets will reach everyone, because they do not see the lack of melanin as an issue. They see themselves represented, so how can there be a lack of inclusion? The remaining folks tend to go overboard in the other direction, creating exorbitant campaigns to hit each diverse subgroup.

Now that I am working in the industry, I am seeing a lot more specialized groups emerging. There are several black and Latino travel groups that go to some really cool destinations! They document their travels, and the social media engagement is amazing. It’s a great thing, but we shouldn’t have to do this. As such, the conversations throughout the industry are now focused on, “How can we engage these groups?” It’s simple: Include a diverse array of people in your marketing materials and collateral.

From Race To Office Politics, What Really Happens In The Corner Office

Kitty Bradshaw is a Passionate Traveler, Brand Ambassador and Lifestyle Influencer currently splitting residences between New York, Los Angeles, and Hawaii. When she is not busy traveling, stalking airfare glitches, giving commentary on CNN.com, or watching classic films â€“ you can find her on the beaches of Waikiki hanging out with friends. Some of her more memorable trips can be found through the digital pages of Tourist Meets Traveler, Black Enterprise Magazine, and YRB Magazine to name a few.