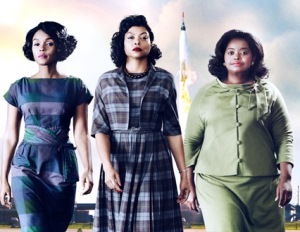 Black Radio Solidarity has launched a campaign to fill theaters for the movie Hidden Figures, the inspiring story of three African American Women who excelled as mathematicians and scientists and changed the course of the Space Race (competition between the US and Soviet Union). Listeners of Black Radio, all across the country, are encouraged to support black youth.

According to a press statement, the goal is to use the collective media voice of Black Radio to fill theaters with fathers and daughters, families, and friends. What’s more, all members of Greek-letter sorority and fraternity auxiliary members are encouraged to take young boys and girls to see the movie to inspire the next generation of scientists, technologists, engineers, and mathematicians (STEM). Black Radio Solidarity seeks to empower black youth to pursue a career in STEM as viable options.

Hidden Figures is the untold story of Katherine G. Johnson, Dorothy Vaughan and Mary Jackson–brilliant African American women, who are also members of Alpha Kappa Alpha Sorority, Inc.–that worked at NASA. They served as the brains behind one of the greatest operations in history, the launch of astronaut John Glenn into orbit, which restored theÂ nation’s confidence in space exploration.

According to the press statement, “The visionary trio of Johnson (Taraji P. Henson), Vaughan (Octavia Spenser), and Jackson (Janelle MonÃ¡e) crossed all gender and race lines to inspire generations to dream big.”

MonÃ¡e had this to say about the renowned astronaut, who recently passed away, “John Glenn was always on the right side of history. He extended his hand out, and he trusted women, and women of color, with his life.”

“The 1960s unsung NASA heroes film was one of the most stellar of the limited Christmas week openings,” reports IndieWire.com. “It opened in multiple cities with a mix of top-end limited theaters and prominent African American venues.”

A strong response to the film from movie goers amounted in $515,499 in domestic box office receipts opening weekend, and $838,571 as of Tuesday, December 28, per Box Office Mojo. With a reported budget of $25 million, Hidden Figures could top that amount and become a box office hit.

The film had a limited release on Christmas day in 15 markets. The full national release is January 6, 2017.

Black Radio Solidarity is the vision ofÂ  Sheryl Underwood, co-host of CBS’s The Talk and host of Sheryl Underwood Radio. She explains the reason behind the push for the film, “This movie has a message that needs to be distributed far and wide; we have the platform to do that.”

Underwood adds, “As the twenty-third International President of Zeta Phi Beta Sorority, Inc., I also want to take this opportunity to support the women of Alpha Kappa Alpha Sorority, Inc., as they celebrate their connection to this historic moment in history.â€

This App Makes Cooking and Nutrition Fun and Easy 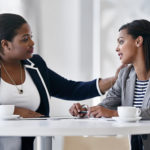