Black political and civic leaders are condemning Donald Trump’s “vulgar, racist remarks” after he questioned Thursday why the U.S. would accept more immigrants from Haiti, El Salvador, and “shithole countries” in Africa rather than places like Norway. Trump made the disparaging comments in discarding a bipartisan immigration deal that would include, among other measures, protections against deportation for hundreds of thousands of young immigrants.

The comments come as the nation begins the celebration of the holiday honoring slain civil rights leader Martin Luther King Jr. and ignited a series of responses, ranging from the fact that Trump is racist to the fact that he lacks presidential timbre.

He added: “All of the reservations we have had about negotiating with him on immigration are well-founded. President Trump is clearly more concerned with ending the future flow of immigrants from Africa and the African diaspora than providing relief to Dreamers who came here through no fault of their own. Unfortunately, there is no reason to believe that we can negotiate in good faith with a person who holds such vile and reprehensible beliefs.”

Today, civil rights leaders including the National Urban League President and CEO Marc Morial and NAACP President and CEO Derrick Johnson, will hold a press conference to offer their views on “Trump’s disturbing comments and call for a return to principle-driven negotiations of the Dream Act.”

In a statement from the NAACP, the nation’s oldest civil rights organization staunchly denounced Trump’s “continuous lowbrow, callous, and unfiltered racism” as being damaging to “the United States’ position as a moral leader throughout the world.”  “As our nation fights to move forward, our president falls deeper and deeper into the rabbit hole of racism and xenophobia. His decision to use profanity to describe African, Central American and Caribbean countries is not only a low mark for this president, it is a low point for our nation.”

“It is clear that the president wants to return America to its ugly past of white supremacy where immigration laws as well as all laws of society only favored individuals from European nations and European ancestry…As we head into 49th NAACP Image Awards being held on Dr. Martin Luther King Jr.’s Holiday for the first time to honor his legacy, we realize that the Bull Connor of our day is none other than the president of our nation,” the NAACP stated further, making reference to Birmingham, Alabama’s Commissioner of Public Safety in the 1960s, who was the ardent enforcer of Jim Crow laws and among the most vicious opponents of the Civil Rights Movement.

In news reports, The White House did not deny his statement but issued a statement saying Trump supports immigration policies that embrace “those who can contribute to our society.”

In November, the Trump administration announced that it was giving nearly 60,000 Haitians with provisional legal residency in the United States 18 months to leave and would not renew the Temporary Protected Status (TPS) that has allowed them to remain in this country for more than seven years.

Social media has been flooded with backlash over the president’s comments: 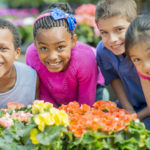 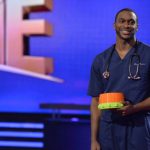