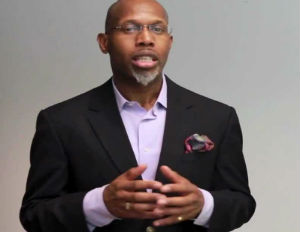 A few black religious leaders from the surrounding Baltimore area are taking steps forward in finding a better way to discuss LGBT issues within the church and black community.

On Thursday, a group of black pastors will gather for an event called “It’s Time to Talk: Black Pastors Call for LGBTQ Justice,” at the Morgan Interfaith Center on Morgan State University’s campus to discuss the relationship between sexual orientation and religion.

“From reinforcing cultural values to cultivating some of our nation’s future leaders, the church and Historically Black Colleges and Universities (HBCUs) serve as institutional pillars in the African American community,” said co-director of Many Voices Rev. Cedric Harmon in a statement. “It couldn’t be more fitting to have a talk about the intersections of LGBT justice and faith at Morgan State.”

[Related: Kerry Washington Says Poor, LGBT and People of Color Must be Allies]

Many Voices is a Washington-based nonprofit that identifies itself as a “black church movement for gay and transgender justice.” On its website, the organization encourages its supporters to join the conversation at MSU as “religious leaders share their journey to embracing God’s LGBTQ children.”

The Maryland-based HBCU serves as a perfect location for the discussion to be held as the school has had its own issues with LGBT identity. In 2013, a student accused a campus fraternity of discriminating against him for being gay. In response, the school put the fraternity on probation until 2015 and expressed a desire to improve the campus atmosphere.

In addition to Morgan State taking a stand in support of LGBT justice, students at Howard University recently made news for congregating on campus with rainbow flags and holding signs that read “God Loves Everyone” and “All Black Love Matters” in an effort to fight for a more inclusive culture on their campus.

Hopefully, with continued efforts from community leaders and students, more campuses across the nation will be open to creating a more welcoming environment to all its members despite their differences.

How to Address Unconscious Bias in the Workplace