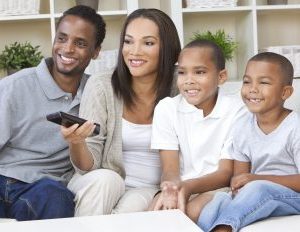 Two more black networks could join REVOLT and ASPiRE. Comcast Cable has announced the company is now accepting proposals for two African American-owned, independent networks that it will launch in select Comcast markets by January 2019. Today’s announcement is part of the company’s commitment to launch independently owned and operated networks as part of a series of public interest commitments made by Comcast in connection with the acquisition of NBCUniversal in 2011.

“We are looking forward to receiving another round of great proposals, as we begin the process to launch two more African American majority-owned networks,â€ said Justin Smith, senior vice president of Content Acquisition for Comcast Cable, in a statement.

Criteria for selecting the next two African American-owned networks that Comcast will launch include:

Comcast will accept proposals for every major genre, including general entertainment, movies, music, kids, news, and sports. Proposals are due by March 15, 2017, and the two networks will be selected in the coming months.

Comcast Corporation is a global media and technology company, with two primary businesses: Comcast Cable and NBCUniversal. Comcast Cable is one of the nation’s largest video, high-speed internet, and phone providers to residential customers under the XFINITY brand, and also provides these services to businesses. NBCUniversal operates news, entertainment, and sports cable networks, the NBC and Telemundo broadcast networks, television production operations, and television station groups, as well as Universal Pictures and Universal Parks and Resorts.

Comcast NBC Universal also is the first and only media and tech company to be inducted into the Billion Dollar Roundtable (BDR) joining 21 other U.S.-based corporations in this exclusive group, which spends at least $1 billion with tier-one minority and female-owned business enterprises. BDR members, which cuts across a wide range of industries, drive and develop programs to help black businesses achieve that often elusive tier-one status, from direct suppliers to original equipment manufacturers.

The Good News & The Bad: The Biggest Gospel Music Stories of 2016

In Case You Missed It: Must Reads You Need This Weekend