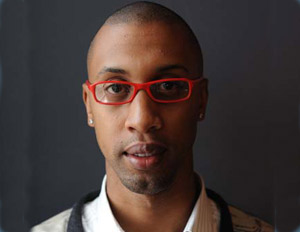 You don’t have to be a hip-hop aficionado to appreciate Cortez Bryant‘s Midas touch. As the Chief Visionary Officer of Young Money Entertainment (lyrical maestro Lil Wayne’s label imprint) and CEO of Bryant Management (platinum-selling rapper Drake is also under Bryant’s wing), the Miami-based manager has made an indelible mark upon the music industry with his hands-on management style. For the last seven years, the Jackson University grad has ushered his roster of artists to chart-topping musical phenomenons. Lil Wayne, for instance, completed 78 headlining shows in nine months in 2009 that grossed well over $40 million, making him one of the most profitable touring artists. Similarly, Drake has secured endorsement/sponsorship deals with brands ranging from Sprite and Kodak to AT&T.

As part of our continuing look at the Business of Music, BlackEnterprise.com caught up with Bryant in the midst of Lil Wayne’s tsunami of a national “I Am Still Music” tour to talk strategy, the meteoric rise of his artists and joining forces with another powerhouse manager.

You’ve been in the music business seven years strong. How has the role of the manager changed over the years?

It has changed. In the beginning, I got in this industry because Lil Wayne was already a rapper and a good friend who approached me after I graduated college and asked me to manage him. I had no knowledge about managing so I did everything, including assisting as a DJ, where I had to help break equipment down. All those things I did taught me a lot, including micro managing because I had done every job imaginable. When we started to hire other people I was able to tell them how to do things properly or at least advise on how to execute more efficiently.

Since then, have you learned to delegate?

[Laughs] I’m so hands on that I’ve been forced to delegate. The reality is I can’t be on the road day-to-day and manage artists’ careers and also handle everything in the office. I’m still pretty involved but I had to learn to let certain things go and trust people once I trained them. I travel three to four times a week because with my roster of artists, my presence is important to them.

So is this what successful managers are made of?

As far as the best skills to have as a manager, I think patience is a big thing. There are so many different situations that can occur like, you could be in the middle of a hurricane and you need to be calm and get things done without overreacting. Also, you need to be a great listener. Honestly, I’m still learning everyday. I can pick up ideas from anyone. For example, my 15-year-old artist Lil Twist taught me a lot about the power of social networking because that’s how teens communicate today and it was through that [medium] that he helped build his name and popularity. And, of course, having a great work ethic is a must. At the end of the day, I go hard for my artists because I believe in them.

How do you detect an artist’s potential star quality?

Each artist is different. Again, Wayne was already established as a rapper when I began working with him. Drake was unique in that he could sing really well and had a sound that not everyone else had at the time. And Nicki Minaj was not only unique but there had not been a [new mainstream] female rapper in over a decade. So I look for uniqueness.

What’s the biggest misconception most artists have about the music business?

How the music business works. I don’t think they know when they get these big contracts all that money has to be paid back to the label, from video to CD packaging it, all must be recouped.

Speaking of labels cashing in, have any of your artists been affected by 360 deals, where record labels take a cut of their artists’ profits for ventures outside of music as well? No, none of my artists are because we are a 360 management company. We have so many great relationships and successful artists that we can book tours and negotiate deals for them. I don’t think it’s right for labels to take from artists if they aren’t active in getting them deals and opportunities. However, it could benefit the artist if [their label] is active.

Young Money Entertainment artist Nicki Minaj recently parted with Sean “Diddyâ€ Combs as her manager and singed with Hip Hop Since 1978, which also manages Kanye West. Any truth to rumors that that Bryant Management is joining forces with them and she’ll be one of the premier artists under this new business alliance?

Yes. Well, Gee [Joshua Roberson–one half of Hip Hop Since 1978] is still my partner. He taught me a lot and I’m still here because of him. You have a lot of executives that won’t open those doors to help the next upcoming manager or executive, but ever since we met in 2006 we just clicked. I’d been managing Wayne for two years and he was managing Kanye.

When will you make the merger official?

Honestly, I don’t see it as a big transition because we have always helped each other out if he has a Kanye issue or I have a Wayne issue and we call on each other to help it’s just what we do. So it’s a matter of a transition of [making it official] on paper. We realize that while there are benefits to having our own boutique management firms that allows each of us to be hands on with our artists, [merging] will allow us to be more powerful and efficient in growing our business model.

Success breeds the good and bad. As Lil Wayne’s manager, how do you combat the negative press he often receives?

He’s my best friend so when someone is painting him in a negative light it’s my inclination to dive in and handle it. We understand that when you’re successful you’re going to get the good and the bad. You’re going to have critics but as long as you keep your fans happy then that’s all that matters. Our attitude is to monitor what is being said and then if we feel it’s a huge misunderstanding or it’s getting out of hand we’ll [consult] with a publicist to handle–whether that’s making a statement or doing something else. Often the things people read about Lil Wayne simply aren’t true.

How involved are you if at all with Lil Wayne’s 1 Family Foundation?

Well, it’s Wayne’s biggest way of giving back to New Orleans and that’s not stopping. He’s a giving person. If he deems someone needs help he’s quick to help out not just in New Orleans but anywhere. Every concert proceeds from ticket sales go to his foundation. He also got a letter while he was in prison from someone saying that their mother was not able to move because she needed a wheelchair and Wayne bought a state of the art wheelchair [for her] or when something like the recent disaster in Japan happens he’ll just pick up the phone and tell me, send 25K to help. That’s who he is and those are the things you’ll never hear about because he doesn’t talk about all his charitable [deeds].

When all is said and done, what do you hope your legacy will be?

I don’t know. I don’t really think about leaving a legacy. I just hope people will say that I was always the same person who remained humble and true to himself.

Power Moves: 7 Ways You Can Profit From Our Entrepreneurs Conference