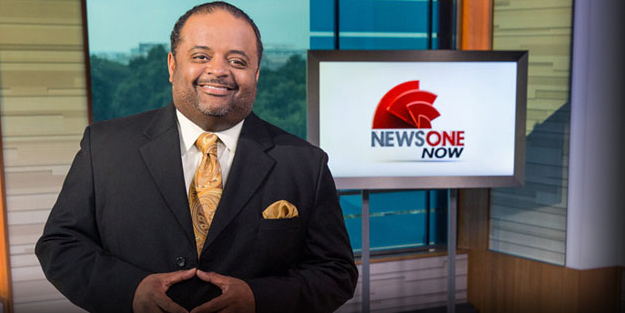 In a move that shocked many in the urban media industry, TV One abruptly ended its News One TV show hosted by Roland Martin, reports The Daily News.

Fam, the sad news is true. The staff of @tvonetv #NewsOneNow was informed this afternoon that after four years of doing groundbreaking and award-winning work, the show will cease production at the end of the year. Our last live show will be Dec. 21. #BringTheFunk

News One TV, shuttering after a four-year run, was a go-to source for trending news and information for people of color. The last show will air Dec 21. In the July/August 2016 issue of Black Enterprise Magazine, Alfred Edmond Jr., wrote about the significance News One TV to black media in this interview with Martin:

If there is news impacting the lives of African Americans, you can bet that TV One NewsOne Now Anchor/Host Roland S. Martin is not only covering it, but using every media platform at his disposal, from television and radio to podcasts and YouTube, to inform black America and set the record straight on its behalf. Today, Martin is the most persistent, prominent, and impactful voice in black-owned media (and the only one calling the shots on a daily news show), in an era when black-owned media brands are struggling to adapt (or are no longer black-owned), while the need for them is greater than at any time since the civil rights era.

Martin, who holds a bachelor’s degree in journalism from Texas A&M University and a master’s degree in Christian communications from Louisiana Baptist University, might be known by most Americans for his memorable, often tumultuous tenure as a member of CNN’s Peabody Award-winning political team. However, he’s spent most of his career with black-owned media outlets including The Houston Defender, Savoy Magazine, the Tom Joyner Morning Show, BlackAmericaWeb.com, and now, TV One (No. 17 on the be industrial/service companies list with $184 million in revenues). black enterprise persuaded Martin to sit on the other side of the interview desk for a candid discussion about black-owned media’s failings, purpose, and potential, as well as why he remains determined to keep African Americans from being dependent on media outlets “that do not have our best interests at heart.”

You have always been committed to black-owned media, even as you gained more prominence with major mainstream outlets such as CNN. Why?

I’ve spent more of my professional years in my career with black-owned media than with white-owned media, and that was by design. My first internship offer was from CBS News in Dallas. I turned it down to work at the Houston Defender. That’s important, because what I was able to get out of the Defender internship was invaluable.

What that job showed me was black ownership. I had a black publisher. The head of sales was black. Folks in production were black. So I did not have the mindset of “mainstream media, oh my goodness, is the be-all to end-all.” I saw black power at work.

What has guided me throughout my career is freedom, flexibility, and us having a voice. What has stuck with me, in every part of my DNA, is that line from the first black newspaper, Freedom’s Journal, in 1827: “We wish to plead our own cause. Too long have others spoken for us.”

Yet, despite your steadfast belief in the need for black-owned media, it’s struggling to survive in a dramatically changing media environment.

Black media outlets ignored digital media. They ignored their access to their consumers. What you guys at black enterprise are doing with your conferences is leveraging your brand. Many of these same black media outlets had [comparable] brands in local markets, but they did nothing with it. So what happened? New entrepreneurs came along, and they started doing these conferences, workshops, seminars, lecture series. And what was crazy was the black newspapers were [selling them] ads and covering these events, not realizing that they were taking revenue from them.

The absolute greatest frustration that I’ve had is that I’ve been trying to get black media owners to see what is around the corner, to see what is down the road. That has been the biggest struggle of my entire life. There is a book by Catherine Ponder called Open Your Mind to Receive. I believe the reason that black media is largely in the state that it’s in now is because its owners have not opened their mind to receive. Now they are struggling because they actually had black consumers who trusted them, but they allowed them to go other places to get information.

You own a black-owned media company that provides services to other media companies. Talk about your approach to journalism as an entrepreneur.

That’s from my desire for freedom and flexibility. The struggle that I’ve always had is that the companies I’ve worked for have only wanted me for finite reasons. And with my skill set, I’ve always wanted to do more. I went to a communications high school, where I studied TV, radio, and newspapers; the same thing in college. So I never only wanted to do one thing. Companies have only been willing to let me do just one thing.

So, as I’m working for other folks, I’m also working for myself, through my own company, Nu Vision Media Inc. The folks I do work for—Tom Joyner, CNN, TV One—I view those folks as clients, and I’m a vendor. So when you own your own business, your job is to have more than one client, because you don’t want your company to be dependent on only one revenue source.
I literally get a high off of trying to figure out how we can cover one event from multiple platforms. How can we do this event, and then we have the print piece, the radio piece, the television piece, the photo piece, and then we can podcast it. A lot of people don’t get it. A lot of people go, “Why do you have to do all of that? Why can’t you just settle?” Why settle when you can super-serve the audience in a way that nobody else is doing? Even now, we have the television show, and the three-hour radio show, and we podcast it, and there’s still this burning desire inside of me to do more.

So what does more look like? Where do you intend to take NewsOne Now?

The vision that I have for TV One NewsOne Now is for this show to not just be a morning show. The vision for this show is to truly be the voice for black America.
[TV One CEO] Alfred Liggins III, our biggest champion, wants to expand NewsOne Now to two or three hours. I’m down with it. Of course, it will take more people, more resources, but it’s doable. But what I tell black America is this: You’ve got to watch. You’ve got to support.

The opportunity is here. We have to stay vigilant, and we have to keep pushing, pushing, pushing to be better. I believe a thousand percent that there can be a Renaissance of black media. But, we have to have the willingness to [work together], and not be stuck in our old ways, in order to go to that next level. 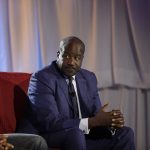