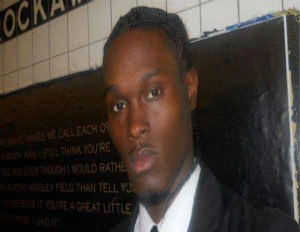 New doubts have been raised about the NYPD’s version of events that lead to the death of a 27-year-old black man, Tamon Robinson, last April. Robinson was hit by a police car that was chasing him.

The Brooklyn DA’s office has hired an independent accident reconstruction expert to look into the matter.

They want to determine whether Robinson struck a parked NYPD vehicle, fell to the ground, hit the back of his head and died as the NYPD claims in its report. The fatal collision left a huge dent on the side of the vehicle, raising doubts over the NYPD’s account.

A lawyer for Robinson’s motherÂ told the N.Y. Daily News, “It is clear what the witnesses saw happen is totally inconsistent with what the police say in their report.”

Read more at the Grio