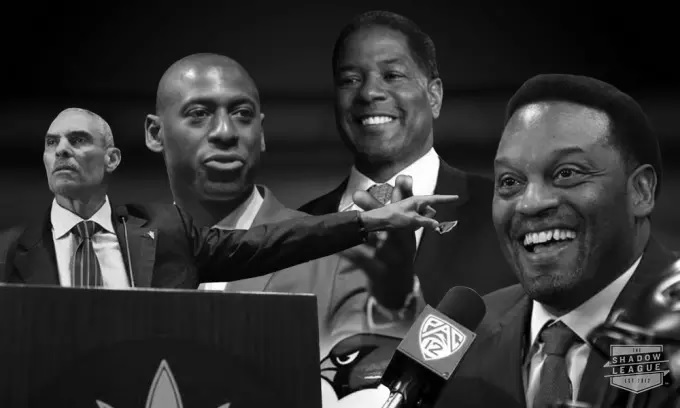 (Image: Courtesy of The Shadow League)

An increase in emerging communities of color have impacted the culture of the state of Arizona and its political electorate. The shift can be most clearly seen in the current chosen leadership at Arizona’s major D-1 college football programs and its professional football franchise.

Three African-American hires – Herm Edwards at Arizona State, Kevin Sumlin at Arizona and Steve Wilks, the new head coach of the Arizona Cardinals, reflect the growing diversity in a state that was also one of the last to recognize Martin Luther King Day as a paid federal holiday.

Edwards and Sumlin are the first African-American football head coaches in school history. Wilks is just the second brother to be named the head coach of the Cardinals, a franchise that began operating in 1920. The legendary Dennis Green was the first, leading the squad from 2004-06.

Arizona is the most glaring example, but the statistics show that this is an increasing trend in the West and could spread throughout the country.

People of color are already the majority in four other U.S. States, and Arizona is one of ten states where people of color make up 40 to 50 percent of the population. The sports landscape in America is changing along with the political spectrum, especially when it comes to people of color in leadership positions.

If you consider Sylvester Croom’s historic hire at Mississippi State in 2003, becoming the first African American coach in the SEC, then Texas’ hiring Charlie Strong as its first African-American football coach, and now the historically right wing and racially oppressive state of Alabama, where Doug Jones won a US Senate seat and Allen Greene has been named as the first Black man to serve as the Athletic Director at Auburn, and how these hirings coincide with a political shift in Arizona from a red to increasingly blue state,  it is clear that red and politically conservative states are compelled to adjust their ideologies to mesh with the changing demographics, increased diversity, and political philosophy.

As the demographics of America continue to shift since Y2K, the emergence of diverse groups of people continue to change the way these states vote, exist and what they value in people. Thehill.com pointed to the changing balance of political power in Las Vegas, saying “it’s a hint of the GOP’s worst-case scenario: A mega-metropolitan area so dominant, and so Democratic, that it swamps the Republican advantage in increasingly conservative rural areas.”

We know the word ‘Urbanized’ is code for, “We are becoming overrun by people of color.”

There was a time when blue and red states were separated by political ideology, history and race. Republican-fueled states were usually much more conservative, less progressive and generally unaccepting of diversity.

Arizona is one of the fastest growing states, ranking eighth in the country in terms of percentage population growth and fifth in numeric growth between 2015 and 2016, according to census data. According to americanprogress.org, Arizona continues to experience significant demographic shifts since the state’s population explosion of approximately 25 percent from 2000 to 2010.

Arizona’s Native American population is one of the largest in the US. The African-Americans population has also grown significantly in recent years, with Phoenix’s population in this demographic doubling from 1990 to 2005.

The Hispanic population in Arizona is 31 percent, currently the sixth largest in the nation. About 2.1 million Hispanics reside in Arizona, 3.7% of all Hispanics in the United States. The Asian-American population is also increasing. Some experts believe that Arizona will become a minority-majority state by the year 2027 based on current demographic trends.

The booming child population is also powering Arizona’s rise towards a majority minority. In 2010 Arizona was already one of seven states where the majority of children were children of color. Also, 26.3 percent of those aged 5 to 17 in Arizona were Hispanic, and 21.2 percent were African American.

Sports has always been a reflection of society, it was no more evident than in the Colin Kaepernick-inspired protests of 2016-17 and the lightning rod reactions people of different races, cultures, beliefs and experiences expressed throughout the year.  We often like to describe the exchange as divisive, but in the end, we see that no man can stop the continuation of history.

It’s necessary for everyone to accept the realities of our world. Empires fall, cultures change, races mix in a natural, beautiful love and diversity in sex, religion, education, politics and especially athletics continues to evolve with and shape the country.

This story was written by J.R. Gamble and was originally published by The Shadow League. 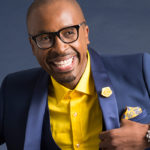 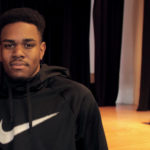