Black Homophobia Is Rooted in the Struggle Against White Supremacy 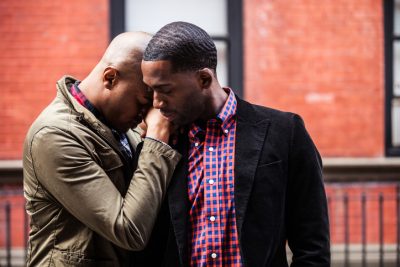 Â A couple of weeks ago, at the conclusion of a vibrant and uplifting praise and worship service at the Empowerment Temple AME Church in Baltimore,Â a middle-aged woman approached me and asked, “Are you gay?â€

“I’ve spoken to God. If you don’t leave the men, you are going to hell,â€ she concluded, before swiftly exiting the sanctuary.

I was scarred so deeply by the exchange, that I took to Facebook. “Regardless of your religion or your perspective about gay rights, I hope you recognize that this behavior is not okay,â€ I wrote. “I was verbally assaulted–it hurts, and I’m sick of it. Nobody deserves to be treated this way,â€ I concluded.

Many friends liked and commented on my defense. “I always marvel at the hubris of anyone who thinks they personally know the will of God. How arrogant! So sorry this happened to you, Jared,â€ Jamie remarked. “That’s EXACTLY why I don’t go to church. I have my own personal relationship with God and don’t need people telling me how to better my relationship or what he doesn’t like,â€ Joseph added.

Although much appreciated, the kind words from friends and family didn’t quite speak to the broader issue of homophobia in the black community, and specifically, within the black church.

Granted, research demonstrates that African Americans overwhelmingly support nondiscrimination laws and oppose religious exemptions at higher rates than other racial groups. In this vein, any examination of homophobia in the black community must acknowledge these facts and avoid amplifying the false narrative that black people are disproportionately or egregiously homophobic. Â

And yet, I decided to explore the roots of homophobia in the black community, beyond the most common explanation–literalist biblical interpretations–and discovered that it may be historically rooted in the struggle for civil rights.

During the height of racial segregation in the 1930’s, a shared American morality around sexuality and gender norms was virtually nonexistent. In fact, as Chad Heap asserts, “The diversity of sexual interactions on display in black urban spaces demonstrated that the hetero/homo sexual distinctions taking hold among whites in the early 1930’s were hardly universal.â€

The normalization of homophobia was a “whiteâ€ phenomenon, largely precipitated by the work of white psychiatrists, such as Emil Gutheil. Gutheil, a leading psychiatrist, began labeling and diagnosing homosexuality as a form mental illness during the late 1930s. Gutheil writes, “Looking back upon my own experience with so-called psychopaths, I find one characteristic they all have in common, and that is their infantilism. Take the man who is a homosexual. In his paraphilia, he regresses to the time he was bisexual, that is, to his infantile level.â€

Black leaders, eager to gain the full rights and privileges of American citizenship, incorporated what has been coined as the politics of respectability into their strategic approach. Thaddeus Russell writes, “In order to gain acceptance as full citizens, they adopted the cultural norm of what they believe to be the idealized American citizen- productivity, selflessness, responsibility, sexual restraint, and the restraint of homosexuality in particular.â€

Politics of Respectability and the Black Church

Many influential black religious leaders led the respectability brigade and, by extension, the religious charge against homosexuality. Bishop R.C Lawson, for example, pastor of Harlem’s Refuge Church of Christ, drew overflowing crowds to hear him preach about both the alleged sinfulness of homosexuality and to “saveâ€ the men and women who “succumbed to their sin.â€

Adam Clayton Powell, the pastor of Abyssinian Baptist Church in Harlem, New York, also carried the message home. Powell gave a series of sermons that were eventually published in the New York Age, demonizing homosexuality, which he labeled as “sexual perversion.â€ He blamed newly arrived southern black migrants for the increase in perversion.”The indulgence in the sexual pleasures that were newly available to the great numbers of recent black arrivals in the cities was causing men to leave their wives for other men, wives to leave their husbands for other women, and girls to mate with girls instead of marrying,â€ he wrote.

Fully aware of this historical black/gay divide, opponents of LGBTQ equality have tried to capitalize on it. In fact, a 2009 National Organization for Marriage (NOM) strategy memoÂ revealed an attempt to “drive a wedge between gays and blacksâ€ by convincing black people that gay rights are not civil rights.

But, NOM’s strategy didn’t work. Black Protestants overwhelmingly supported LGBTQ equality, according to aÂ recent study. They favored nondiscrimination law 64—31, and on the question of religious refusals, black respondents opposed exemptions at higher rates than any other racial group, including white respondents.Â These findings may perhaps signal how times have changed and how a shifting approach to civil rights has been adopted by blacks, broadly, and black millennials, specifically.

Black Lives Matter, for example, founded by queer women of color and arguably the civil and human rights struggle of the century, is predicated upon the affirmation of black queer and trans people. “Black Lives Matter affirms the lives of Black queer and trans folks, disabled folks, Black-undocumented folks, folks with records, women and all Black lives along the gender spectrum. It centers those that have been marginalized within Black liberation movements,â€ according to the group’s official website.

Jared Brown currently coordinates a $25 million initiative at the United Negro College Fund (UNCF) designed to cultivate the next generation of African American innovators and entrepreneurs. He awards scholarships and administers an online entrepreneurship curriculum to more than 150 undergraduate scholars representing more than 40 colleges and universities. He also serves as operations director at Black upStart, a startup social enterprise that has supported 100 entrepreneurs in the DMV area through the ideation and customer validation processes. He is a leading voice in the field of black entrepreneurship with publications appearing in Black Enterprise, Blavity. Generation Progress, and the Congressional Black Caucus Foundation’s Village. 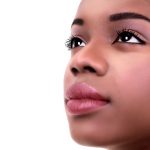 The Importance of Writing Your Vision Statement