Black History Then and Now: 'The Harvard Law Review' 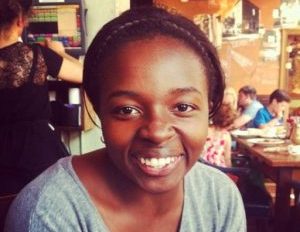 During Black History Month–and really any time of the year–it’s fascinating to learn about the extraordinary accomplishments of those Americans of African descent, who have, despite often seemingly insurmountable odds, gone on to reach unfathomable heights. These achievements didn’t begin with Frederick Douglass or end with Dr. Martin Luther King–as revolutionary and consequential as their work was. But, sometimes, because of the enduring legacy of racial discrimination in this country, we don’t always have to look very far to find more “black history.â€

“ImeIme is one of the most brilliant, thoughtful, and dedicated people I’ve ever met, and the Law Review is in phenomenally good hands,â€ says Michael Zuckerman ’17 on The Harvard Law Review website. Umana is Zuckerman’s successor as president.

“Mike and his volume have done an exceptional job. Mike has led the Law Review with formidable intellect, tremendous empathy, and a tireless work ethic. The Law Review community has benefited immensely from his leadership. Though he is a tough act to follow, it is a great privilege to be able to serve and work with the remarkably talented and committed group of editors on the Law Review,â€ Umana says of Zuckerman.

Umana has a degree from Harvard in African American studies and government, and is now a joint degree candidate with the Harvard Law School and Harvard Kennedy School of Government.

As an undergrad, Umana was most interested in the intersection between government and African American studies, according to her Harvard page. She hopes to explore how stereotypes of black women are reinforced in American political discourse.

Felicia Horowitz Hosts ‘I Am Not Your Negro’ Screening