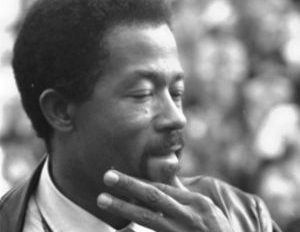 This Black History Month series features significant moments in black history that have left a mark.

Eldridge Cleaver was a writer, political activist, and one of the early leaders of the Black Panther Party (BPP),Â a revolutionary civil rights group that fought for black equality andÂ defended their right to arms under the Second Amendment.

Cleaver joined the party two months after it was foundedÂ inÂ October 1966 by Huey P. Newton and Bobby Seale. In 1968, he published a best-selling collection of essays titled Soul On Ice in which he expresses a radical, pro-black political philosophy. In one of the most controversial points of the book, Cleaver justified his rape of white women as an “insurrectionary act” against white supremacy and black oppression.

In 1967, Cleaver joined the Black Panther Party as its minister of information. He became the voice of the activist group, coming up with attention-getting slogans and editing its newspaper. The next year, Soul on Ice, a collection of Cleaver’s prison writings, was released and became a bestseller.

On April 6, 1968, Cleaver was involved in a shoot-out with police that left a fellow Black Panther dead. At first jailed, he was soon released on bail, which allowed him to continue his run for president on the Peace and Freedom Party ticket. However, Cleaver was then told he would have to return to custody.

Contrary to the beliefs and teachings pushed in the BPP, Cleaver became a conservative Republican and born-again Christian in his later years. He even endorsed President Ronald Reagan and spoke at several Republican conventions.

Read more about Cleaver’s life, activism, and unsuccessful run for office at bio.

How to Establish a Good Business Credit Score